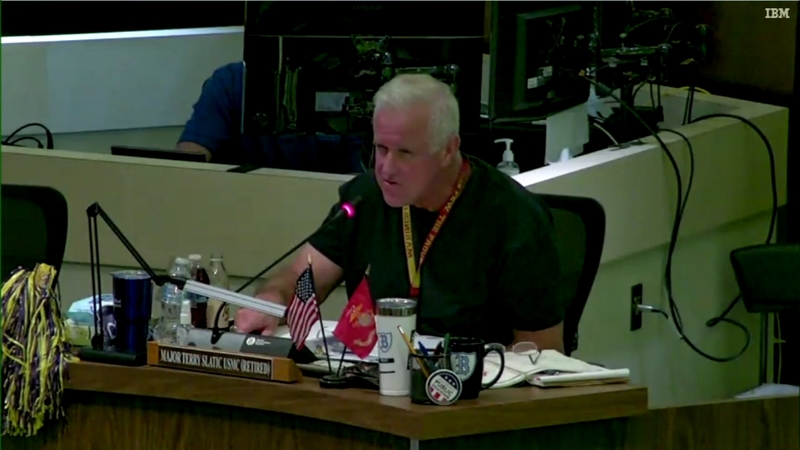 FRESNO, Calif. (KFSN) -- The Fresno Unified board of trustees has voted to move forward with the process to censure fellow board member Terry Slatic.

In late August, Slatic tried to shut down a board meeting with a filibuster while members of the public were trying to address the board. Slatic had recently voiced his anger with only being allowed to talk for certain periods of time at board meetings.

Before Wednesday's meeting, Slatic said he believed the censure is in retaliation after he accused Superintendent Bob Nelson and fellow school board members of violating several parts of the state education code.

The district denies ever being in violation of the state education code.

This is not the first time Slatic has been involved with controversy in the district.

Last year, Pastors Kevin Smith and Elias Loera of Fresno both filed complaints against Slatic after meeting with him to discuss the school district.

A censure had recently just ended on Slatic stemming from an incident in 2019 where he was involved in a physical altercation with Bullard students. That same year, a Bullard High cheerleader tried to get a restraining order after she said Slatic "threatened" her cheerleading squad.