From bad to worse: Teviston's only working well collapses, leaving hundreds with no water at all 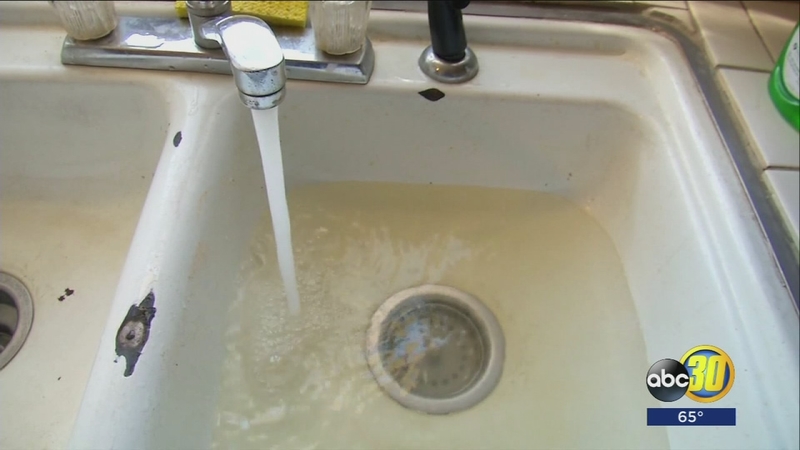 From bad to worse: Teviston?s only working well collapses, leaving hundreds with no water at all

FRESNO, Calif. (KFSN) -- In her eight years living in Teviston, Blanca Roman has watched the town's water quality slowly degrade--going from clear to brown to none at all.

"Yeah, it's kind of degrading when you talk about it," said Blanca Roman.

The community's only working well collapsed on Wednesday, cutting off water to more than 100 homes.

The failure came at a time when families were already thirsting for answers. The well has been churning out discolored water for weeks--forcing the state to truck in bottled water.

"At first you were like we want water, now it's like just give me any water because we want to flush our toilet," said Roman.

Families found themselves demanding answers at a second community meeting in a week, where the Water District laid out short-term solutions.

The state awarded Teviston an additional $158,000 to haul in water, but a long-term solution is unclear.

"Unfortunately, yes I wish I had that answer, there's just too many balls up in the air right now," said Elizabeth Burton.

The water district says one of the options is consolidating with Pixely. In the meantime, they have filed for emergency funding to build a new permanent well.