"It's just pretty demoralizing when you come out and wonder why?" said head baseball coach Jason Papi. "Why would someone do that? You know you're stealing from kids."

After a week away to host the Easter classic, the Warriors returned to slashed vinyl, hundreds of broken zip ties and a missing batting cage net.

"There was a step stool here and then a pair of sheers here which our police officer took to fingerprint," Papi said.

Papi says almost immediately after reporting the vandalism, board member Carol Mills and the district replaced the close to $4,500 in damage and stolen equipment, but the frustration remains.

“It’s just pretty demoralizing. You come  out and wonder, ‘why?’ Why would someone do that? You know, you're stealing from kids.” Fresno High School’s head Baseball Coach, Jason Papi, shows us the $4,500+ in damages after thieves took off with their new batting cage net. @ABC30 pic.twitter.com/xknkf3ebRi

"We had two pitching machines stolen in June," Papi said. "This past baseball season we've had our snack bar broken into twice."

"Some of the equipment, places they go to this is how we afford all that stuff," The team's booster club parents like Steven Son volunteer hundreds of fundraising hours not just to benefit the team, but the surrounding community.

Each summer they host a free youth baseball camp.

"Every time it seems like we're getting a little ahead we get this kind of situation where we get the vandalism, and we don't know what we're going to do," he said.

FYI... despite the setback, the team still walked away with a 13-0 win today. They say they have their support system and boosters to thank for that! @ABC30 pic.twitter.com/o2hA7gWx2r

They're now working with the district and law enforcement to see if there is any surveillance that captured what happened.
Report a correction or typo
Related topics:
fresno centralthefthigh schoolbaseballvandalismhigh school sportsfresno
Copyright © 2020 KFSN-TV. All Rights Reserved.
THEFT 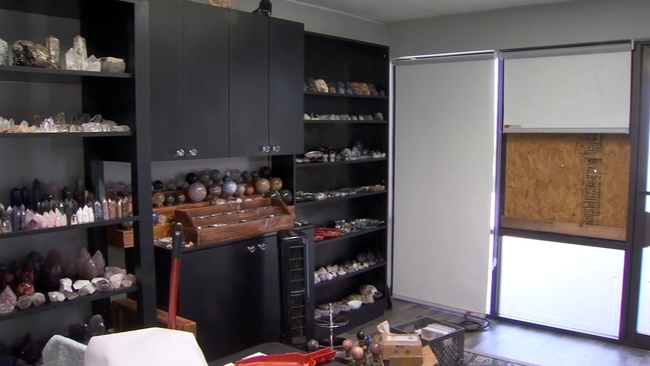