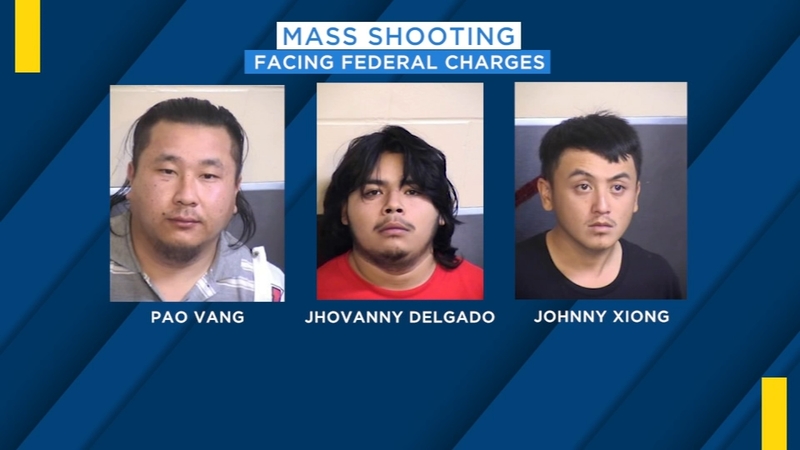 FRESNO, Calif. -- One by one, each of the three defendants entered pleas of not guilty.

Investigators say all three are members of the Mongolian Boys Society who met up at a house on Pitt Avenue in southeast Fresno to come up with a plan to attack a gang known as the Asian Crips.

Attorney Peter Jones said his client, Anthony Montes, is still trying to process the magnitude of what he's facing.

"Obviously, there's a lot of charges; there's 17 counts," Jones said. "There's numerous enhancements and as the judge said, the ultimate penalty is at least at this point in time on the table."

Three other defendants accused of standing guard nearby and looking for police officers in the area are facing federal charges related to conspiracy and being part of a gang.

Xiong's attorney said his client now faces a maximum of 10 years in prison for acting as a lookout.

"This is a positive development, this is the right way this should be handled," says Gerald Schwab, Xiong's attorney. "These kids under the conspiracy handled in federal court, and then the shooters handled in state court."

Schwab said his client is developmentally disabled and doesn't have the intellect or sophistication to plan the attack.

During an interview, Johnny told detectives the victims did not have to be gangsters per se, and that one of the sons or at least one person of the family who lived in the home is affiliated.

Back in superior court, Billy Xiong, Porge Kue and Montes spoke only once to waive their right to a preliminary hearing within 10 court days.