This is the latest in a series of incidents at the northeast Fresno mall.
KFSN 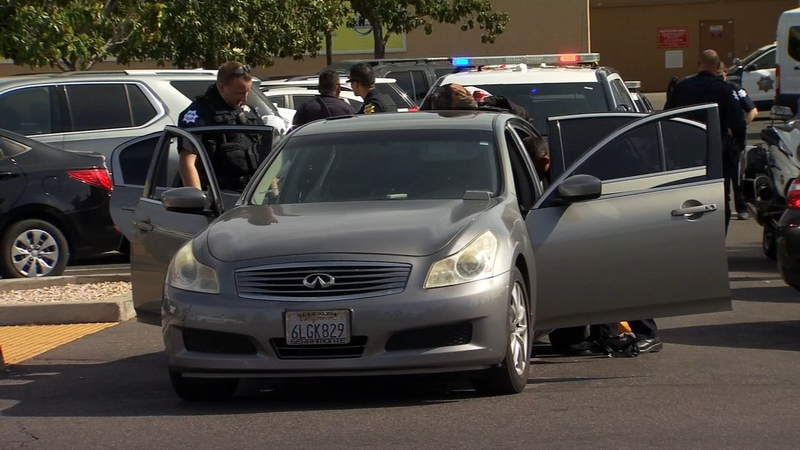 Police say on Friday afternoon, mall security noticed some people smoking and asked them to leave.

As the suspects were walking to their car, words were exchanged with a passerby and one of the suspects raised his shirt to reveal a gun on his waistband.

Police say they later carried out a traffic stop and found three firearms in the vehicle. They are working to identify the suspects.

This is the latest in a series of incidents at the northeast Fresno mall.

There was a smash-and-grab jewelry theft there last Friday that sent shoppers running for safety.

And less than two weeks ago, police say a fight between two groups ended with shots being fired.

Mall employees have told Action News they don't feel safe after a total of four gun crimes in the last 7 months.

Mall officials have declined to comment on their security measures during previous requests for information.

This story is developing. Stay with Action News for updates.