This is the third fire in the same area in less than two months.
KFSN 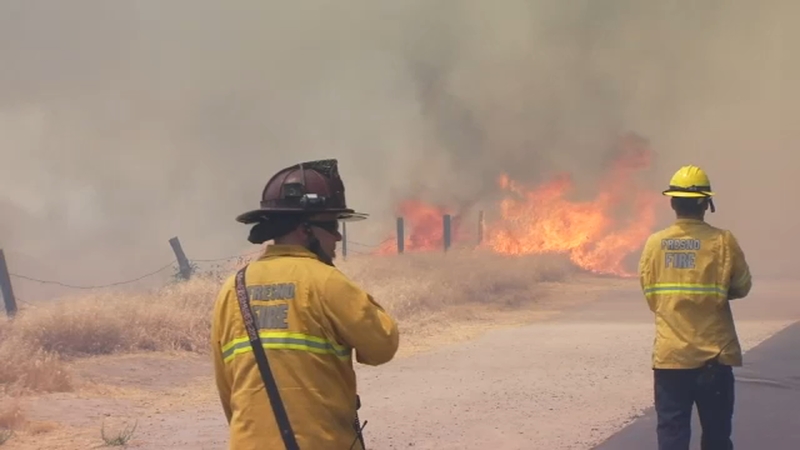 The fire broke out just before 2 pm on Saturday in the area of Friant and Champlain in northeast Fresno and quickly spread to more than 60 acres of land.

#fresno fire crews are battling a large vegetation fire near Woodward Park. Ten homes have been evacuated. About 60 acres burned. Stay with @ABC30 for updates. pic.twitter.com/i5McCFbpDB

Officials say one of the injured firefighters suffered burns to his feet, and the other suffered from heat exhaustion. They are both expected to recover.

The smoke could also been seen for miles above the roadway as cars remained at a standstill. 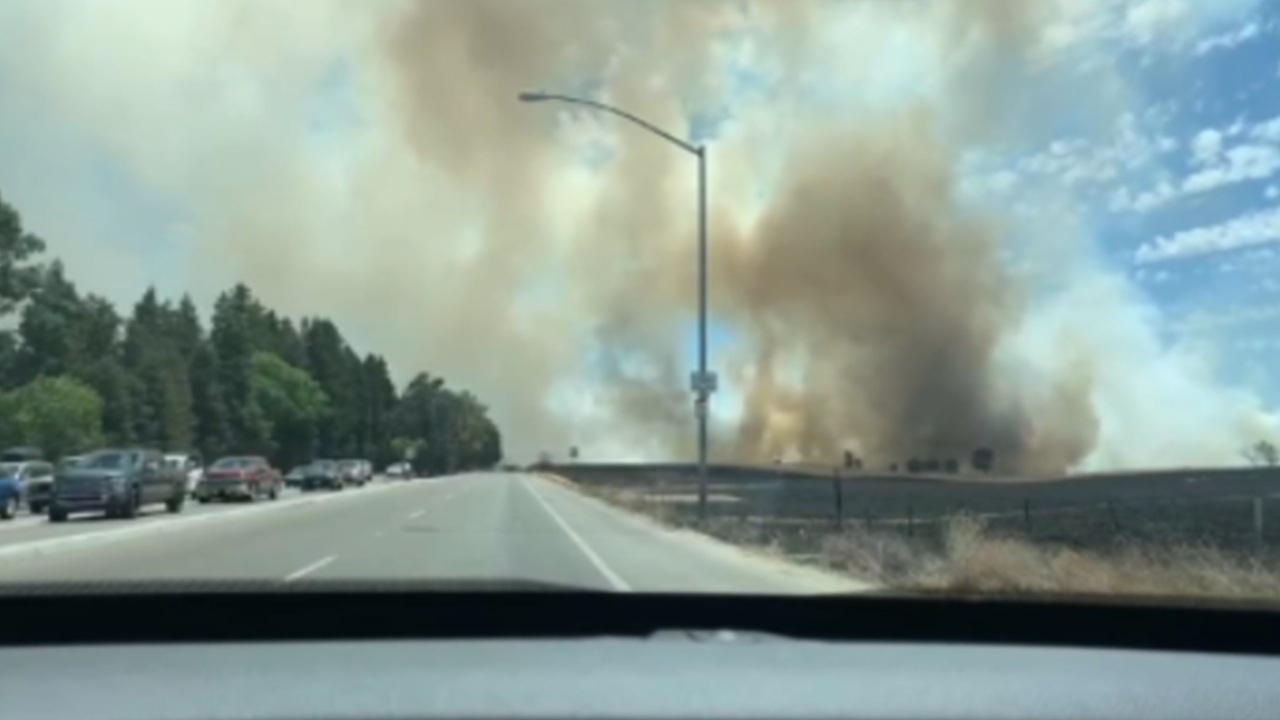 Officials said the fire was burning on the Fresno side of the San Joaquin River north of Woodward Park.

A total of 10 homes in the Woodward Lake Community had to be temporarily evacuated in the early stages of the fire, but crews knocked the flames down before they reached any homes.

Multiple units from CAL FIRE, Fresno Fire and the Clovis Fire Department worked together to contain the flames. 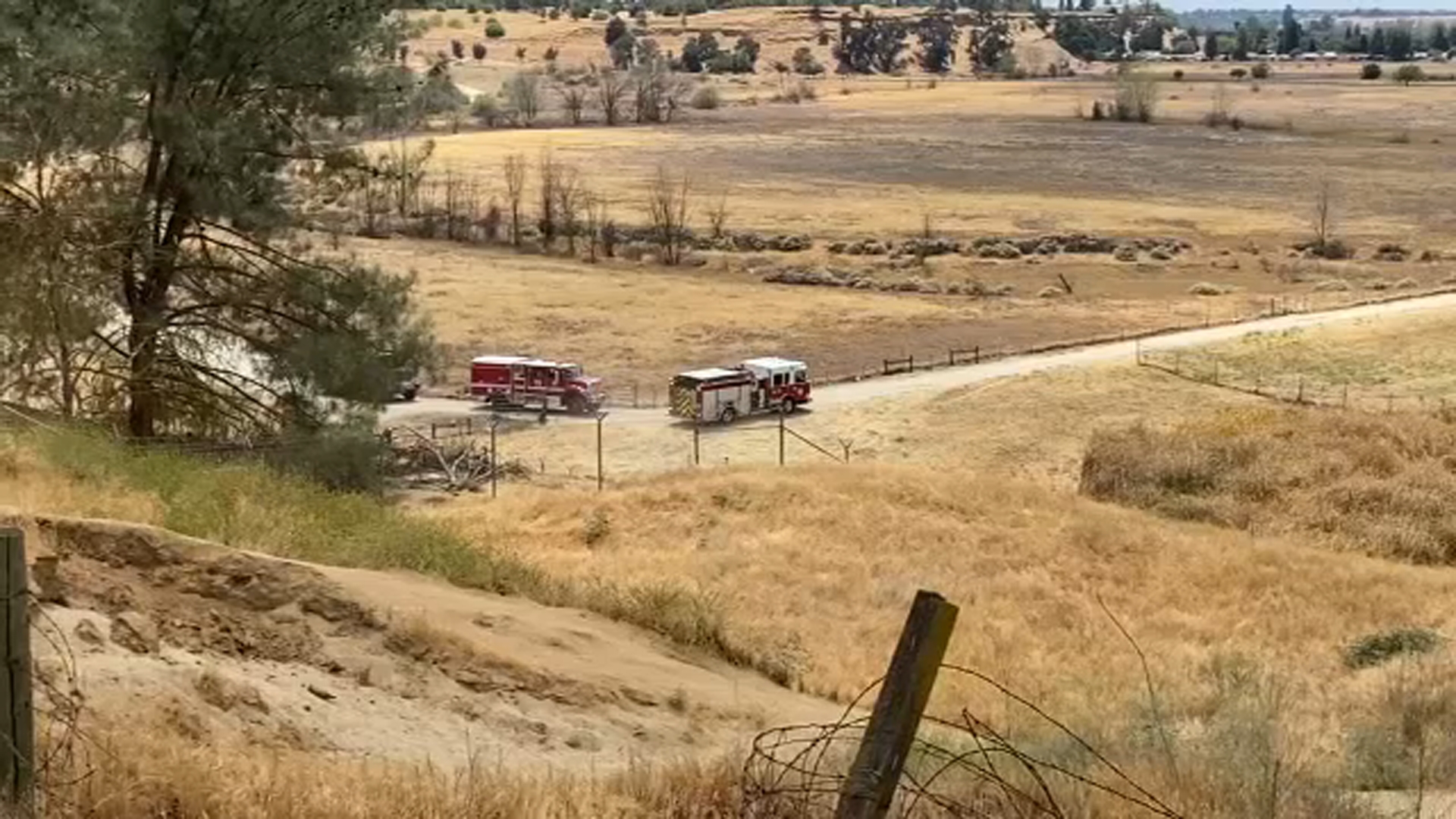 Getting to the fire was initially a challenge for firefighters as there were limited routes of access for their trucks.

Another challenge was how quickly the flames spread, launching several smaller spot fires that firefighters had to rush to put out.

"What happens in larger fires like this, is it creates its own wind... We'd get a handle on something and then the wind would shift, kick some embers into another location - and now you have another spot fire in an area you weren't initially addressing," said Fresno Fire Battalion Chief Devin McGuire.

This is the third fire in the same area in less than two months.

In late May, the Rice Fire, fanned by strong winds, quickly tore through 60 acres of dry grass along Friant.

RELATED: 'You could feel the heat': How embers at a Fresno recycling center sparked a 60-acre fire

Earlier this week, the Vulcan Fire scorched about 145 acres of dry brush after first starting on Sunday afternoon.

There's still no official word on what may have caused this fire.