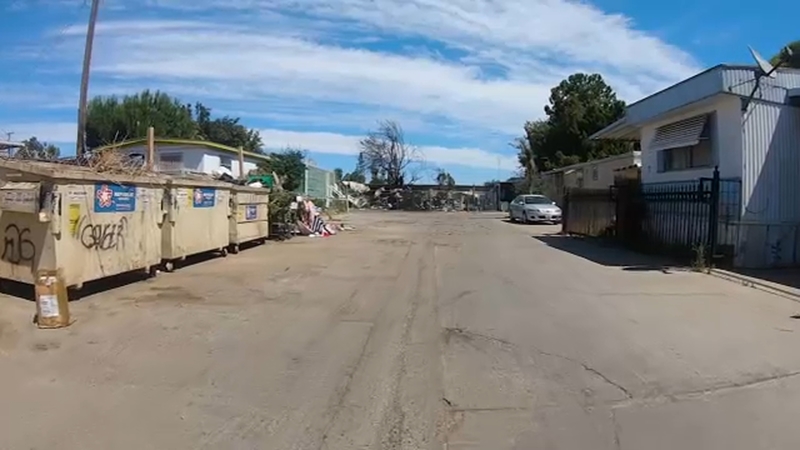 FRESNO, Calif. (KFSN) -- Long-time residents of the Trails End mobile park are fed up with the conditions and the crime.

But help is finally on the way as code enforcement officials say they plan to start cleaning up the site starting Thursday morning.

Residents of the mobile home park met with police officers of the Northeast District Wednesday, listening intently while many others voiced their concerns.

Leslie Wright has lived in the park for 21 years.

She says the health hazards and crime have made it a concerning place to call home.

"We have people who have allowed others to live in their back yards and stealing power from others," she said. "It's happened to us."

Wright says her new concern is the possibility of a fire, after a blaze at the park killed Ron Richardson two months ago.

Mayor Jerry Dyer, city officials, and several code enforcement officers were at the site Monday to start clearing up the park, but were stopped by the state.

Fresno Police Department Captain, Tom Rowe, says as of Tuesday, however, the park is now in the city's control.

"That official transfer of jurisdiction came, so we'll be out here Thursday," he said. "The goal is to make this a better complex for those who live there, and discourage those doing criminal activity to seek happiness elsewhere and move somewhere else."

Code enforcement officials plan to remove debris from the roadways, however, the charred wreckage from the recent fires cannot be abated yet due to the ongoing investigations.

Wright is just hoping this will help make the neighborhood a little safer.