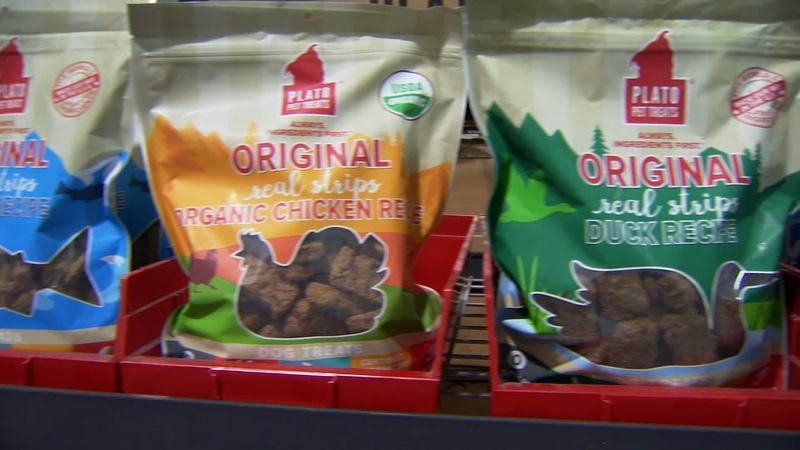 "Things are settling down and sales are picking up, so it's better than I expected," said Aaron Merrell, Plato Pet Treats CEO and Cofounder.

"We've also partnered with Amazon and we've launched with our Furry and Plato brands on Amazon and direct partnership with them," Merrell said.

The naturally preserved treats have been popular for pets and this year with the pandemic, the company is seeing more families focusing on Fido.

"Pet consumption in most years was actually down in the summer time. This year, it's actually continuing to climb. On top of that, people have adopted pets than ever," Merrell said.

Like many companies, Plato was affected by the uncertain times.

"It went dark there for a little bit. We were really unsure about the future, but we had to take steps to protect ourselves and furlough a few employees. I'm happy to say we brought a majority back and sales have been trending ever since," Merrell said.

They were able to get a Paycheck Protection Program loan and kept operating.

Merrell says local stores like Whitie's and Kelley's and Top Dog are also selling their treats online and doing curbside.

His goal is provide a treat for consumers locally and across the world.