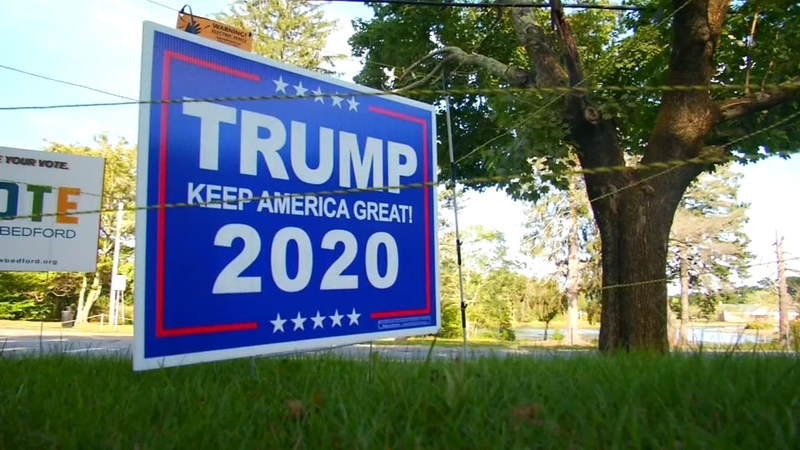 NEW BEDFORD, Massachusetts -- A Massachusetts homeowner has his neighborhood talking after placing an electric fence around his yard sign in support of President Donald Trump.

"Horse wire carries a charge,"John Oliveria said. "I mean, it will certainly send a message."

The navy veteran says six of his "Trump 2020" signs have been stolen from his yard, WJAR reports.

About two months ago, Gloria Bernardino and her husband put up banners to make their message clear, but now they're at odds after a letter arrived giving them seven days to take their sign down.

"That's what our country is about, different opinions and being able to voice those opinions in a fair and equitable manner," Oliveria said. "You have to be able to respect each other, because we'll never get anything accomplished if we don't."

Oliveria says the sign has stood its ground for two weeks since the electric wire was added.

Oliveria said he had another sign on his lawn, which encouraged people to vote, that was never touched.

The legality of electric fencing in residential areas in Massachusetts depends on the laws and regulations of the community.