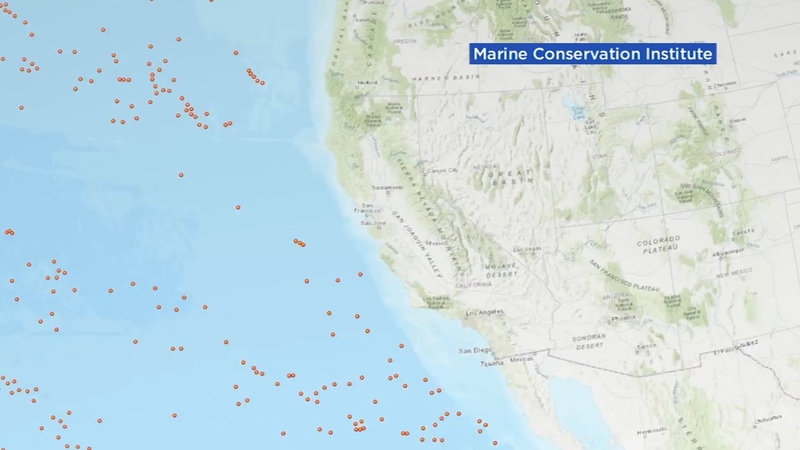 SAN FRANCISCO -- Tsunami advisories have been lifted for California after an undersea volcanic eruption Saturday near the Pacific nation of Tonga. That eruption Saturday sent a plume of ash, gas, and steam 12 miles into the air. Huge waves also had a significant impact on Tonga's capital, washing boats ashore, and damaging ships along the coast. New Zealand officials haven't received any reports of deaths or injuries in Tonga.

Scientists are now reacting to what we've been witnessing there.

"There must have been a very large amount of magma that was exposed, somehow maybe from an underwater landslide or something, that then encountered the sea water and exploded really violently," said Wendy Stovall.

Stovall is a volcanologist with the USGS. She says the power of this eruption was incredible, saying that loud booms were heard nearly 6,000 miles away in Alaska.

Tsunami advisories were issued along the West Coast. Santa Cruz saw flooding, a boat dock was ripped off a building in Tiburon, and the surge could be seen in Capitola. Stovall saying that tsunami activity is actually harder to predict after an undersea volcano like this, than say an earthquake.

USGS's Jessica Ball says that there are about 60 or so underwater or as they're called, submarine volcanoes within a hundred miles off the California coast. She spoke of those on Sunday.

"So we don't have to worry about anything in the immediate sense, but that is something that agencies like the USGS and the National Weather Service are always keeping an eye on," said Ball.

In fact the town of Clearlake and much of the actual lake there are on top of a volcanic field. The most recent eruptions though, occurring 11,000 years ago.

"There is evidence there that volcanism occurred through bodies of water that could send out big, nothing necessarily like what was experienced in Tonga, but could send out big pressure waves and similar stratospheric type of eruptions," said Stovall.

Stovall says strong eruptions can sometimes cool the entire earth for a period of years. So far her colleagues studying data from Tonga have not calculated any numbers to suggest that that is the case here.