Assm. Patterson suspects scammers are trying to use his office in potential EDD fraud scheme 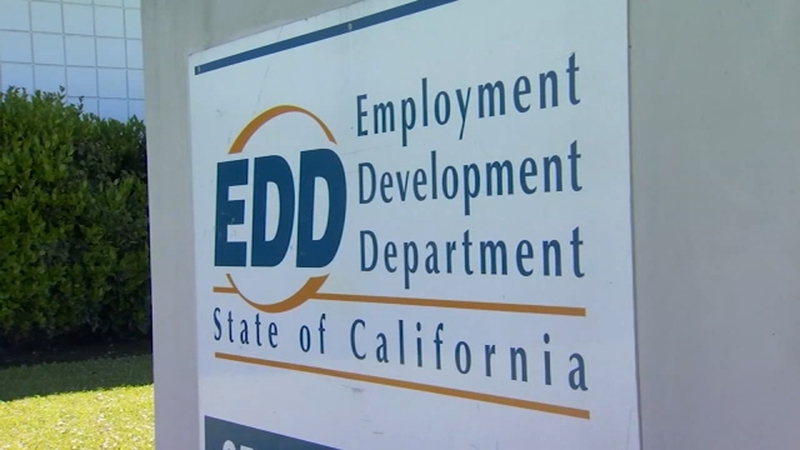 Scammers tried to use Assemblyman's office in EDD fraud scheme

FRESNO, Calif. (KFSN) -- The California Employment Development Department (EDD) estimates nearly $20 billion have been paid to fraudsters since the start of the pandemic.

The EDD says it was an anomaly, but Action News has discovered potential fraud is still happening.

The California EDD tightened its belt in 2020 after California district attorneys discovered billions of dollars in fraudulent payments were issued, including to inmates across the state.

"It is perhaps and will be, one of the biggest fraud of taxpayer dollars in California history," said Sacramento County District Attorney Anne Marie Schubert in a December 2020 press conference.

Shortly after, the EDD boasted a new task force that worked closely with EDD, "to employ new tools and bolster existing programs to strengthen its fraud detection methods to validate people's identities."

People were required to upload two primary forms of IDs such as a passport, driver's license, or military ID or one primary form and two secondary forms such as a phone bill, cable bill, or bank statement no more than 90 days old.

The new process left thousands of legitimate people who were out of work also out of money.

So many people were having issues uploading their verification documents that state representatives, like assembly member Jim Patterson, were allowed to step in to help.

Constituents could send their documents to Patterson's office, and staff would help upload them into the EDD's portal.

From there, the EDD and ID Me would begin the normal process of verification.

"Our staff has gotten very good at unwinding the problems and getting them fixed," Patterson said.

He says his office was able to help upwards of 3,000 people get the benefits they needed.

Then one day, office staff suspected someone trying to upload their documents was attempting to commit fraud.

Patterson says an individual submitted their primary form of identification and a Credit One bank statement to be uploaded to the system.

Once they were processed and approved, the same person asked Patterson's office to help a friend.

That friend submitted their primary form of identification and what was supposed to be their Credit One bank statement.

But office staff looked closely and noticed the two people appeared to submit the same bank statement. Everything was identical from the charges on their account to the account number listed.

The only thing that was different was their name and address.

"When we discovered the fraud we were upset about it then we kind of laughed about, well, they're actually trying to use members of the legislatures office who are trying to help our constituents help them defraud the EDD." Patterson said.

Patterson's office immediately flagged the accounts as possible fraud with the EDD and reported it to law enforcement.

Action News is not showing the names or identifying documents because the individuals have not been charged with a crime.

EDD spokesperson Loree Levy says the department's fraud detection has been improved since 2020 saying the EDD believes it has stopped billions of dollars in potential fraud.

But according to information provided to Action News, at least one of those individuals appears to have been paid tens of thousands of dollars.

In a statement, ID.me's CEO and Founder Blake Hall said in part,

"ID.me has advanced capabilities to authenticate documents using machine vision and machine learning algorithms for photo government IDs. Documents like phone bills and bank statements are harder to verify as those documents don't have security features. However, the video chat verification is recorded so in the event of identity theft or fraud, there is an audit trail available to agencies."=

"Since they're basically saying they don't have a for sure way to detect those fake bills, is this still the best form of verification for individuals?" Action News reporter Jessica Harrington asked Levy.

She says the cases are extremely difficult and time consuming to investigate and, likely, the punishment will be minimal, given California law.

"To try to get these people, you know the person who is doing a $5,000 claim or $10,000 claim, to jail or prison is probably going to be nearly impossible." Smittcamp said.

Smittcamp says taxpayers are the victims in all of this -- saying the saddest part is likely most of the money will never be recovered.

Smittcamp had this message for the alleged criminals and those thinking they can get away with something similar, "Just do the right thing and get a job."