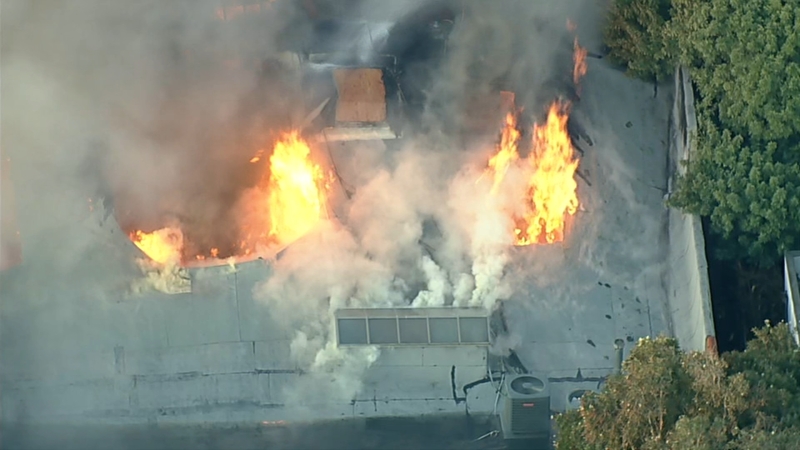 VENICE, Calif. -- A dramatic fire at a two-story building near a homeless encampment in Venice on Wednesday morning prompted a massive response from Los Angeles city firefighters.

The fire erupted outdoors at the encampment about 6:30 a.m. and spread to a commercial structure in the 800 block of South Ocean Front Walk, according to the Los Angeles Fire Department.

More than 100 firefighters on engine ladders and on the ground were seen dousing the flames as a column of smoke rose high above the 6,952 square-foot building and nearby Venice Beach. The LAFD was initially in defensive mode while trying to protect several nearby homes.

The blaze threatened two neighboring buildings, but crews managed to prevent any damage. It took firefighters more than two hours to put out the flames.