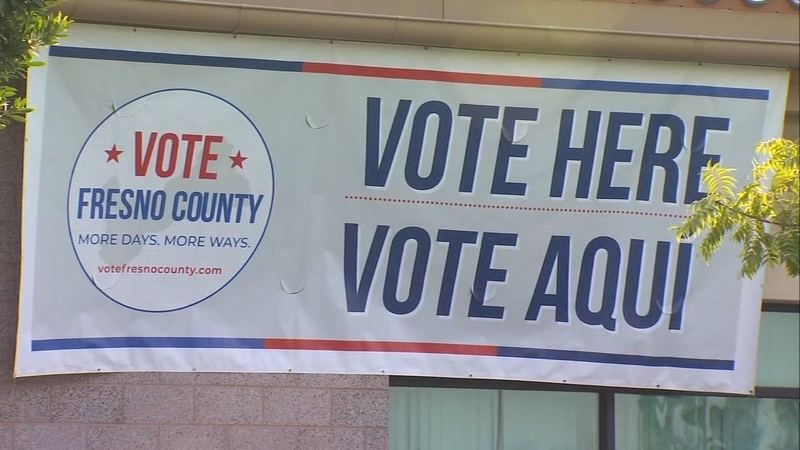 FRESNO, Calif. (KFSN) -- Polling places and ballot box return sites are a few of the more obvious places officers will be monitoring November 3, but there is a good chance voters will never know they are nearby.

"Sometimes when you show a uniform at an election office and there are some election codes that kind of limit that, but it will either dissuade people or cause them some anxiety, so we want to make sure there's a plainclothes element," says Fresno Police Deputy Chief Mike Reid.

If any problems arise, uniformed motorcycle officers will be ready to respond.

But so far, unlike this summer when some businesses in North Fresno decided to board up their businesses as a precaution, none of that is happening right now. There's no impending threat that officers have found at this point.

"We haven't seen any vandalism or anything to the early voting ballot boxes, so Fresno has been doing pretty well," Reid said. "I know in Southern California. they've had some issues. So what we're doing is seeing what's happening nationally and what other people are experiencing, and making sure that we have contingency plans should that happen in Fresno."

Fresno County Sheriff's Deputies will also be making routine patrol checks at five polling locations in the county, including the Sunnyside Branch library in southeast Fresno.

But deputies will also be ready to go anywhere they are called to for backup.

"If we get a mutual aid request through the Office of Emergency Services, that could take us anywhere in the state," says Tony Botti with the Fresno County Sheriff's Office "In the past, places such as Oakland request our help and we would go and assist."

Officers from several agencies will also be collecting intelligence to make sure there's no planned looting or violence in the area.

Shopping centers will also be closely watched to make sure they aren't targeted. Local law enforcement officers say sometimes the problems are not from local residents but others who travel to start trouble.