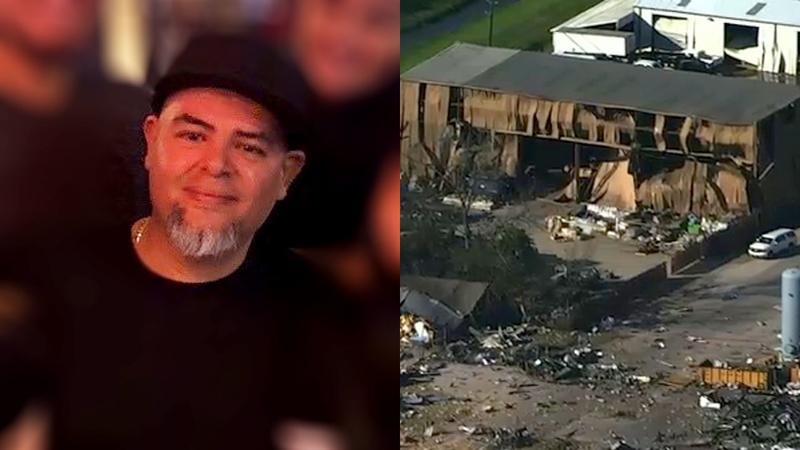 HOUSTON, Texas -- The family of one of the victims killed in the Watson Grinding and Manufacturing explosion has filed a lawsuit against the company claiming wrongful death.

The family of Frank Flores filed a wrongful death lawsuit against the company for the Jan. 24 explosion that killed their loved one.

"Mr. Flores was headed to work. He was on site and he died as a result of this explosion. Due to those circumstances, this is a wrongful death case," said the Flores' family attorney Muhammad Aziz.

On Monday a judge granted a temporary restraining order in the case. It's one of the first steps that allows the preservation of evidence.

The blast that rocked the Houston area also killed Gerardo Castorena Sr., and injured dozens of other victims.

The attorney representing his family also filed a temporary restraining order to preserve evidence. The judge granted it. They have not filed suit.

According to the Houston Office of Emergency Management, 450 structures sustained damage, including 35 that are considered major damage. In the hours following the blast, residents filed suit against Watson Grinding.

During the investigation, Houston fire officials identified propylene as the chemical involved in the explosion.

The family of Flores is seeking more than $1 million. The lawsuit claims negligence, such as a failure to provide a safe workplace. Relatives also claim that the condition of the area where Flores was killed posed an unreasonable risk of harm and the company knew about it.

According to the lawsuit, Flores arrived at the site on Jan. 24 moments before the explosion.

Flores leaves behind a wife and two children. They described him as the breadwinner of the family.

"The explosion was so violent that the Houston Chief of Police, Art Acevedo, labeled the site and surrounding areas a 'disaster area,'" the lawsuit states.

Frank is survived by his wife Margarita Flores and their two children.