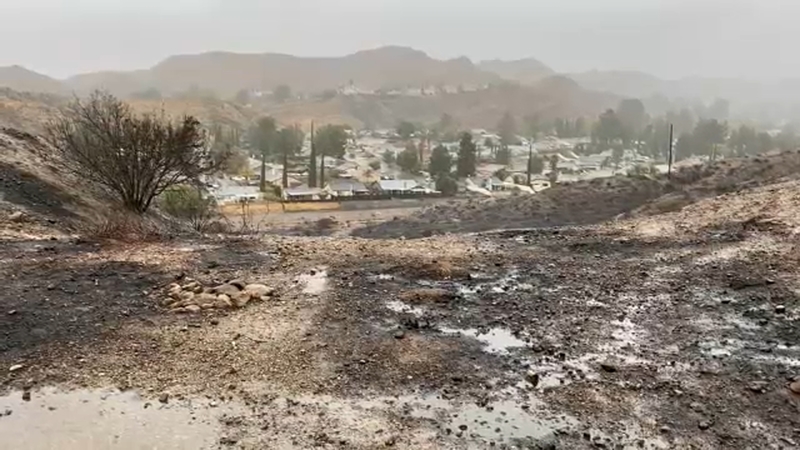 SANTA CLARITA, Calif. -- The communities around Santa Clarita are bracing for a stressful holiday.

Rain is threatening possible mudslides in areas near the Tick Fire burn area that left 4,600 acres scorched and destroyed 49 structures.

The flames burned some areas so extensively, a natural seal was left on top of the soil meaning heavy rain may not be absorbed and could simply slide down the hill.

The Los Angeles County Fire Department said they do not foresee any major problems. Crews have been working to ensure that what comes down is not diverted into homes.

"In the last two days there has been heavy equipment and they've been moving dirt around in hopes that we don't have heavy mudslides....because the bush is gone..there's nothing to hold the dirt in," said Canyon Country resident Nina Jackson.

L.A. County Fire is urging residents in at-risk areas to use the pause between storms to get sandbags.

"The No. 1 thing is prepare. Just like any other disaster, our resources are going to be stretched thin if it starts flooding," said L.A. County firefighter paramedic John Tucker.