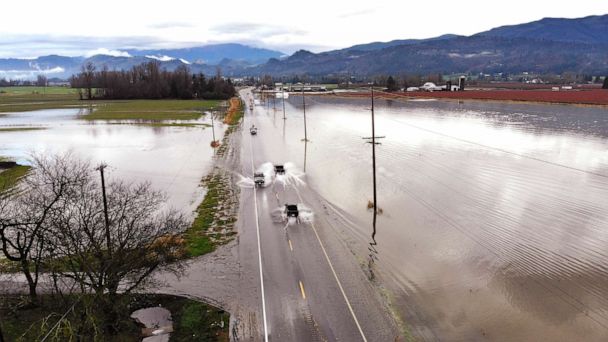 A bitter cold is gripping the South with states from Florida to Georgia experiencing wind chills in the 30s.

The wind chill -- what temperature it feels like -- plunged Tuesday morning to 24 degrees in Raleigh and 31 degrees in Atlanta, Charleston and Montgomery.

A freeze warning has been issued as far south as Tallahassee, where the actual temperature fell to 30 degrees.

The wind chill dropped Tuesday morning to 15 degrees in Boston and 25 degrees in New York City.

Milder air will thaw the East Coast by Wednesday and Thursday. Temperatures are expected to reach the middle to upper 50s for Boston and New York City and near 60 degrees in Philadelphia and Washington, D.C.

Meanwhile, on the West Coast, more heavy rain is expected for Washington state and Oregon, where some areas could see 3 to 6 inches over the next few days.