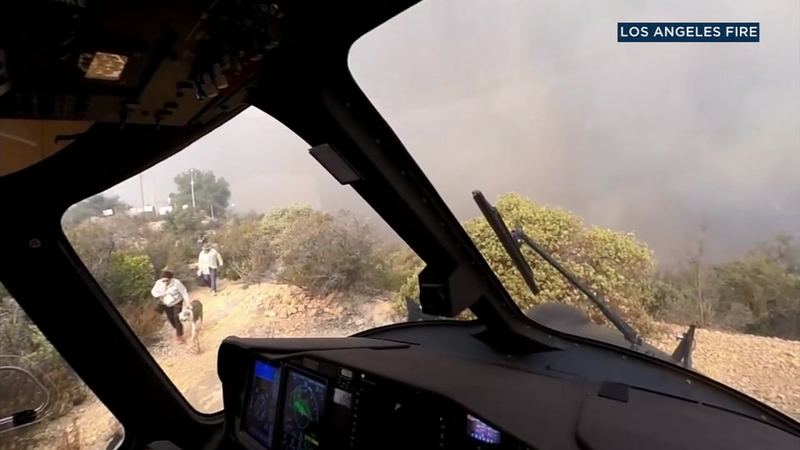 LAFD Air Operations pilots David Nordquist and Joel Smith were battling flames of the Woolsey Fire on Nov. 9 when they was re-directed to a rescue at nearby Castro Peak in the hills above Malibu.

The pilots are heard in the video communicating with one another, trying to figure out where to land as surrounding communication towers and parked vehicles made it difficult.

The pair begin their landing, conscious of their diminishing fuel supply and the fire approaching.


Norquist landed amid powerful winds and smoke filling the air, while Smith left the helicopter to rescue the civilians.

Three people and two dogs appear from the shrubs, running toward the chopper and into safety.

As the fire and smoke come closer, the chopper lifts off.

"That's enough excitement for me today," one of the pilots is heard saying as the blaze burns in the background.