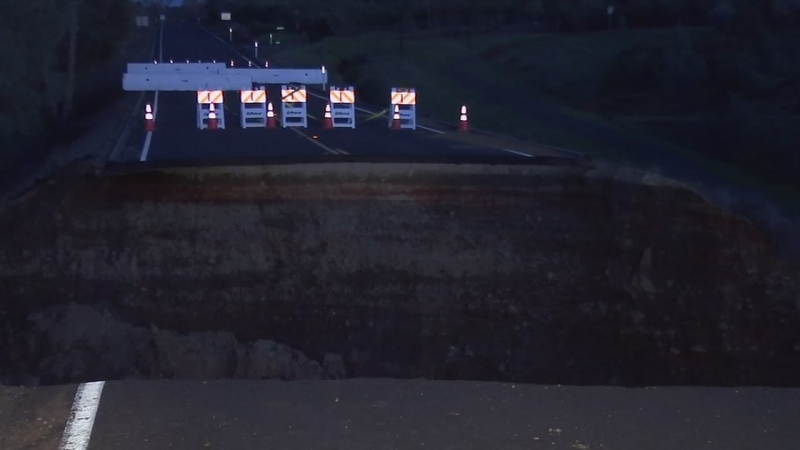 On Monday, from Mariposa to La Grange and all the tiny communities in between, road closure signs beckon drivers to stop and turn around. But there are so many detours, neighbors say some drivers aren't obeying them.

"Some people are still driving across the bridge, we even saw a truck and trailer heading back across it last night, so living dangerously I guess," says Andra Erickson of Snelling.

The storm may have passed on the radar, but the community is still bracing for the worst news.

A man and a woman who went missing during last week's floods still haven't been found.

The Mariposa County Sheriff's Office believes they are likely dead.

First responders believe Highway 132 is where one of the victims was swept away. Coulterville resident Banrey Johnson describes the damage to the roadway, "We're talking about a 30, 40-foot deep hole, I couldn't believe it."

A giant slab of asphalt crumbled during the height of the storm.

"We sent videos back of what was going on and they say they have never seen that amount of water, ever, in their lifeline," says Erickson.