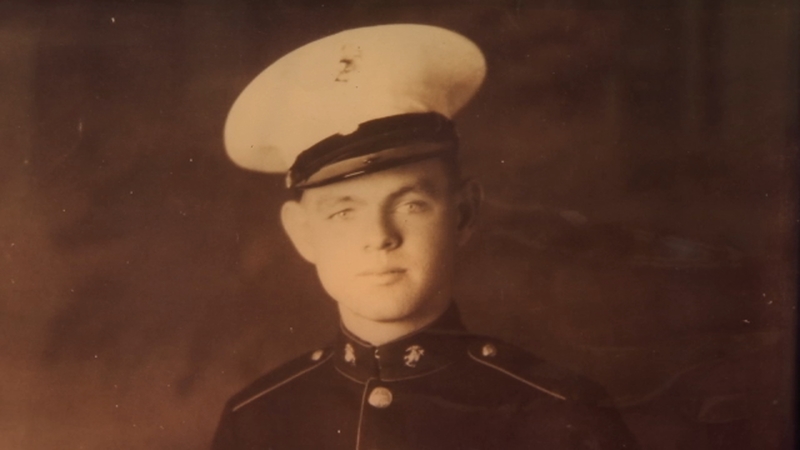 The remains of a World War Two Marine are coming back to the South Valley -- nearly 80 years after he was killed in action.

Up until recently, his family was unsure as to what exactly happened to him.

"We grew up, honored him and we just thought he was missing in action and they couldn't find him," said Waltz's nephew, Pete Hanse.

Waltz enlisted in 1941 and was at Pearl Harbor when the Japanese attacked.

He survived that battle but two years later, was among the more than 1,000 marines and sailors killed during the Battle of Tarawa.


His remains were recovered by a non-profit group a few years ago and later identified through DNA testing.

"It's too bad that our parents and our grandparents never got closure because he was killed in action, and it was years later before they actually declared him missing in action because they kept looking for him in a hospital or somewhere. They didn't know," said nephew Donald Hanse.

Months turned to years as his parents stayed persistent writing letters to the government and US forces asking for the whereabouts of their son.

"They were in limbo for a couple years, hoping he would come home or they would find him. We didn't think it would ever happen," Donald said.

Before enlisting in the Marine Corps, Waltz was born in Hanford in 1923 and attended Hanford High School until his family moved to the Central Coast town of Cambria.


He is survived by a number of family members who still call the Valley home and are anxiously awaiting a hero's burial set for later this month.

"It's going to be very emotional," said Donald.

"I'm so damn lucky that all the things I've done, I've survived them and to me, he's my guardian angel," said Pete Hanse.