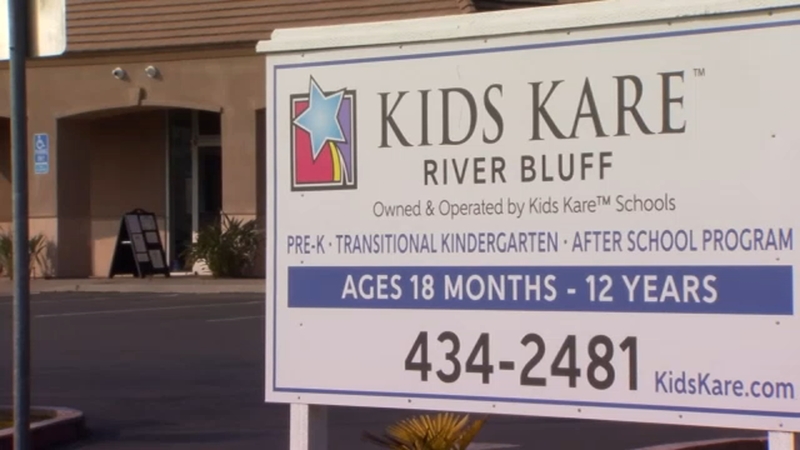 FRESNO, Calif. (KFSN) -- Online review websites like Google and Yelp are important sources of information for nearly everybody these days.

Consumers and businesses rely on them, but some businesses try to massage the message you get about them, so the reviews you actually see don't include all the reviews people left.

Online reviews are the word-of-mouth of the 21st century. The websites are where people go to find a "diamond in the rough" like Chef Paul's in downtown Fresno or to see restaurants that usually score very well with customers can have an off night.

"If you look at rankings of why consumers decide to transact with businesses, consumer reviews are usually at or near the top of the list because they're so helpful to consumers making decisions," said Eric Goldman, who directs the High Tech Law Institute at the Santa Clara University School of Law.

"Because of that importance, businesses are very motivated to shape the reviews to tell the story they want to tell, not what consumers are actually saying," Goldman said.

In Fresno County, people filed at least 31 defamation lawsuits from the beginning of 2019 through the end of 2021.

Five of those involved Yelp reviews.

Three were filed by a single business, Kids Kare, a daycare with 13 locations in Fresno, Clovis, and Madera.

In all three cases, Kids Kare convinced the parents who complained online to remove their negative reviews even as the the parents insisted they gave truthful opinions about the business.

Shanel Cooke submitted a statement to the court saying she deleted her review.

"I didn't delete it because it was false but simply because I want all of this to end," Cooke told the court. "We are taught to stand up to bullying but when we do, this is the result of it."

For Wade and Annie Freitas, just the possibility of an expensive lawsuit was enough to erase their negative review.

They say their child had a bad experience at Kids Kare.

The criminal defense attorneys left what they felt was an honest review late that night.

"The following day, I was contacted by an attorney claiming to represent Kids Kare," said Wade Freitas.

The Kids Kare attorney called Wade's personal phone, emailed him at work, and then called his office.

As they went back over their comments on Yelp, Wade and Annie noticed another parent mentioned she had edited her review because a lawyer for Kids Kare called her and threatened to sue her.

They reluctantly took down their comments and noticed negative reviews were scarce since early in 2019.

"As a mother, I'd like to be fully informed when looking where to place my toddler in someone else's care," Annie Freitas said. "And it feels like parents aren't getting that information because there isn't a complete picture of other parents' experiences on the site."

The woman who had edited her comments removed her entire review after Kids Kare sued her in November.

She tells Action News the settlement agreement won't let her say anything more about Kids Kare.

We tried to ask Kids Kare owners about its legal actions, but they didn't respond to emails or questions delivered in person.

In lawsuits, they've said the Yelp comments were false and damaging to their reputation.

But we couldn't find him responding to negative reviews after 2018.

A Yelp spokesperson tells us protecting reviewers who share their opinions is one of the company's core values.

They've gone to court to protect some users and "may place Questionable Legal Threats Alerts on Yelp business pages when they have evidence that a business may be abusing the legal system to intimidate or silence reviewers."

They put the tag on at least two of Kids Kare's pages during our Action News investigation.

Goldman says you can't really do anything to prevent lawsuits stemming from your online reviews, but you can be smart: Say what you mean, tell the truth, avoid hyperbole even though it's protected speech, and just write your personal observations.

"And if they do all of that, the law will be on their side," Goldman said. "However, the law can still be weaponized."

When businesses file defamation lawsuits anyway, consumers don't have much incentive to stand behind their words in the face of the hassle and expense.

But California has a law protecting people from strategic lawsuits against public participation, or SLAPP.

It forces the plaintiff in a SLAPP case to pay all legal expenses if a judge decides the lawsuit was designed to stifle truthful speech.

A lot of homeowners and renters insurance policies will also cover legal expenses in defamation cases.