To stay safe in wet weather, drivers should slow down and make sure their tire tread is in working condition.
KFSN
By Vanessa Vasconcelos FRESNO, Calif. (KFSN) -- Fresno homeowner Tony Kokalis may be stunned by the rainfall that downed his cork oak tree, but he says the cost to repair his fence is minimal compared to the loss that could have happened.

"No one got hurt, that's all that matters," he says.

The downed tree shut down a stretch of Ashlan near Maroa for nearly two hours, and it was just one of several Fresno County crews worked to clear from the roadways.

City workers have had their hands full with flooded roads as well.

Fresno Public works director Scott Mozier says crews are on standby 24 hours a day during major weather events, but they haven't seen the call volume they typically do because of proactive measures that began weeks ago.

Mozier says they've been "sweeping the streets, clearing debris that may have been in the inlets, preparing our pumps, pumping out the basins the city takes care of."

But the work doesn't stop when the storm eases up.

Mozier says they'll be working to repair roadways: "Just the combination of storm water getting into the cracks, getting into the pavement layer, and then the loading of heavy trucks really tearing up and damaging the streets."

Lorenzo Ybarra, the lead mechanic at a tire and wheel warehouse, would know. They've seen an uptick of people with tire damage during the storm.

"We get a lot of rims that get cracked because of the potholes out there and we have to weld them and stuff like that," says Ybarra.

That repair or replacement could cost anywhere from $150 to $500, so his advice to drivers is to slow down.

In addition to remembering to slow down, Ybarra says you should check your tire tread and make sure it's in working condition to prevent hydroplaning or worse.
Report a correction or typo
Related topics:
weatherfresnofresno countywinter stormfresno countyweatherfresnorainroad safetystorm damage
Copyright © 2021 KFSN-TV. All Rights Reserved.
WEATHER 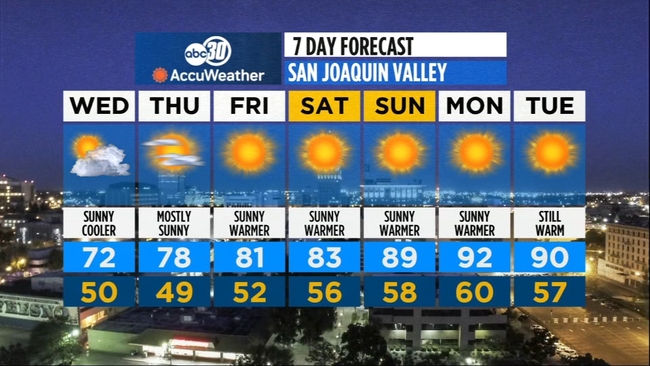 The best spots to find bluebonnets! 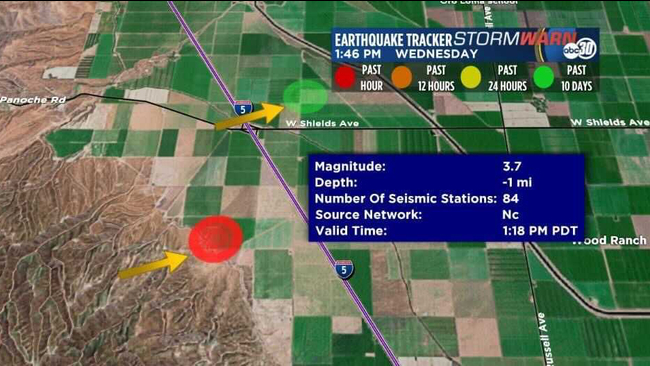