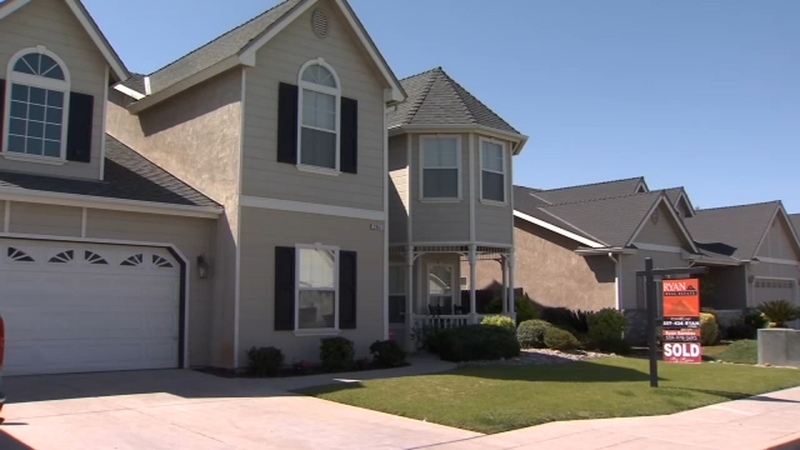 FRESNO, Calif. (KFSN) -- If you're in the market for a house or searching for an apartment to rent, we don't have to tell you that the Fresno housing market is booming!

Now it appears, the nation is catching on.

In a front-page story on Wednesday, The Los Angeles Times called Fresno the hottest market in the country.

This -- while our economy slowly begins to reopen.

"For my clients, it's kind of hard to find a home because it's very competitive," said realtor Pete Gonzales.

He says there are a number of factors for the rise in prices but one thing is certain -- there just isn't enough housing on the market to keep up with the growing demand.

"I showed a house the other day and on the first day we went in, there had already been 20 agents there with their cards waiting to put in a bid. In many instances, they're getting substantially more than the asking price whether it appraises or not," said Gonzales.

Developer Vincent Ricchiuti opened The Row -- a luxury apartment complex at the corner of Willow and Shepherd -- just as COVID-19 was gripping the nation.

But his concerns of opening during a pandemic quickly faded after all 255 units were quickly taken -- even though one-bedrooms go for as much as $2600 a month.

"We have a seasoned team to where we were pricing ourselves at market rate and marking our units the same or a little bit higher than our competitors because it was a new project," said Ricchiuti.

Nationally, rents have gone up slowly, but Fresno has seen a steady rise in recent years.

Since 2017, rent in the Fresno market is up nearly 39% to $1,289 a month according to real estate firm Apartment List -- and that includes a 12% jump during the pandemic -- the exact opposite of what has happened in the Bay Area and Los Angeles.

For Ricchiuti and his team, the plan is to continue to develop the area known as Heritage Grove while bringing in retail shops to fill the space near the Row apartments.

"It really is exciting; we plan on having great bike trails and great amenities for our residents and building something that all generations, future generations and past generations can all be proud of," said Ricchiuti.
Report a correction or typo
Related topics:
home & gardenfresnohomerentsrenters
Copyright © 2021 KFSN-TV. All Rights Reserved.
More Videos
From CNN Newsource affiliates
TOP STORIES