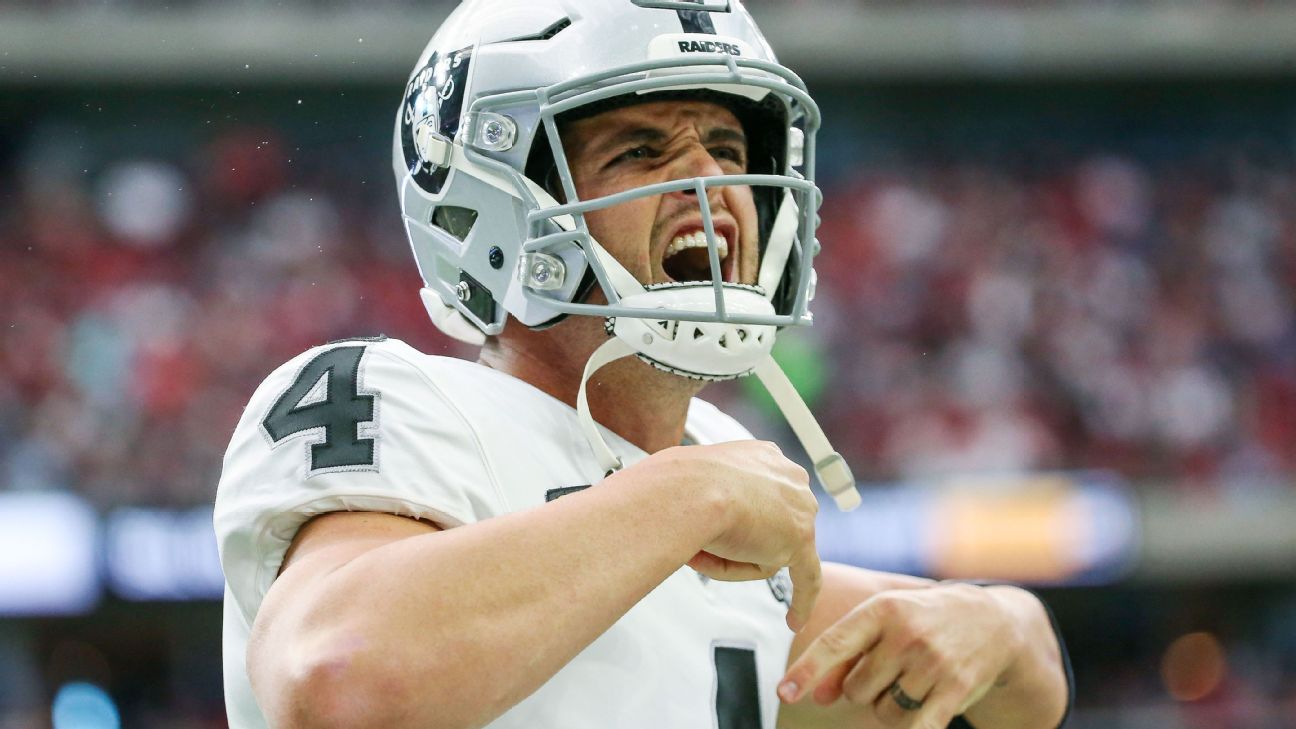 HENDERSON, Nev. -- Las Vegas Raiders quarterback Derek Carr, an annual subject of trade rumors and innuendo, re-asserted his desire to remain with the team that selected him in the second round of the 2014 NFL draft.

"I'd probably quit football if I had to play for somebody else," Carr said following Tuesday's mandatory minicamp practice in his first public comments since the end of last season. "I am a Raider for my entire life. I'm going to root for one team for the rest of my life -- it's the Raiders. So, I just feel that so strong in my heart I don't need a perfect situation ... to make things right.

Carr, who turned 30 in March, had been asked about how several of his contemporaries had aired their grievances publicly this offseason, from Deshaun Watson to Russell Wilson to Aaron Rodgers, and why Carr, who has had far from an optimal roster and situation in his career with the Raiders, had remained silent.

"I'm that old-school mentality -- I'm playing for one team and that's it," he said. "Whether we've won enough or not, I literally give every bit of energy and effort that I can to this organization and when I sign a contract, I completely, in my mind, have to fulfill that. I committed to that. I put my name on paper.

"It's just how I was raised. I'm from Fresno, California. Born in Fresno. My dad worked in the car business, my mom helped with substitute teaching and all different kinds of stuff at the church, so we didn't have a whole bunch of stuff growing up, so I don't need much."

Carr signed a five-year, $125 million extension with the Raiders in June 2017 that briefly made him the highest-paid player in the history of the NFL.

"I think Derek Carr had his best year yet under Jon Gruden," Raiders general manager Mike Mayock said this offseason. "I think he's one of the top quarterbacks in the NFL and we couldn't be happier with him, and I tell you every year, we evaluate every position, every year. I have no idea who might call me or who might not call me, so you have to do the evaluations both on your own players and every other player in the league and you got to stack your boards and understand what league value is all around the league, and we do that.

"But if you're asking me about Derek, I mean I think Jon and I would both stand shoulder to shoulder and pound the table for Derek Carr."

Despite the relative lack of team success, Carr has set Raiders career franchise records for passing yards (26,896) and touchdown passes (170) and he is in line for a potential extension.

"For me, it's more about loyalty, it's more about being the same guy every single day," Carr said. "My goal ... was, when I got here, to give everything I have to this organization, let our fans know I'm giving it all I have and I will always continue to do that ... whether the situation is great or not, that's OK.

"People can say whatever they want. I know what I've put on film; I know the things I've been able to accomplish, and I still want more. There's still more and I want to do it here. I don't want to do it anywhere else." 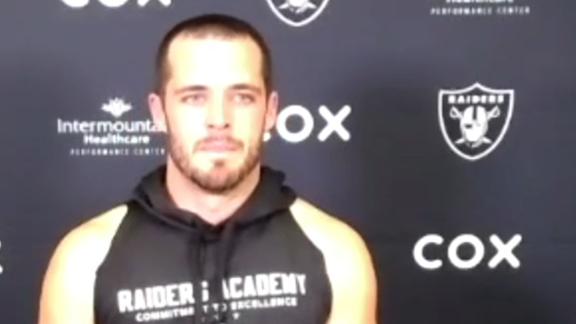