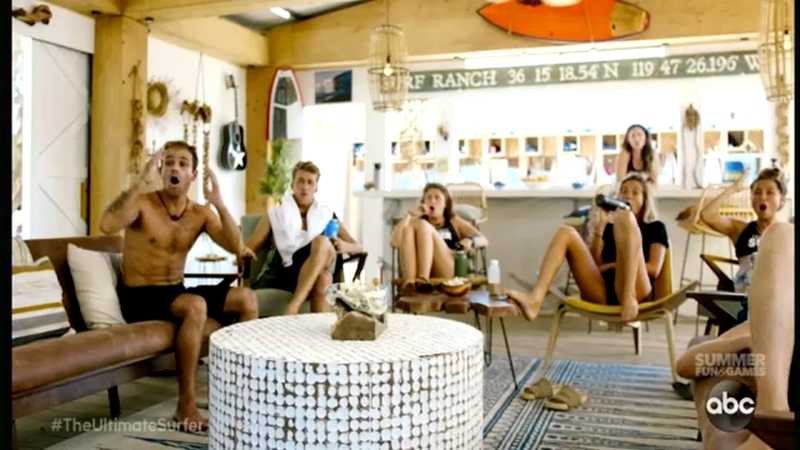 LEMOORE, Calif. (KFSN) -- The Valley is home to one of the most unique surfing spots in the world.

On Monday on ABC30 at 10 pm, the rest of the country will learn more about Kelly Slater's surf ranch in Lemoore.

This summer, a TV production crew took over the ranch to shoot a new ABC series, "The Ultimate Surfer."

Slater wondered how much friction the competition will create.

He explained, "Surfers I think are a little more light-hearted than that. Most likely, the people on the show are already friends and get along pretty well but you never know. You put people in a house and weird things can happen."

The colorful Malia Ward made the most of her time in Lemoore.

Ward told us, "Tachi actually is a pretty cool hotel. I like to play poker there."

Seven women and seven men will compete for a $100,000 first prize and a spot in the World Surf League.

Show commentator Joe Turpel said, "The Ultimate Surfer is putting surfers in different types of challenges that you would've never thought of before in this reality TV setting."

The pressure will be on surfers to adjust to the longest man-made wave anywhere.

Slater said, "The whole length of this lake bed is about 700 yards long."

But the surfers were ready to shred.

Koa is one of the show's bigger personalities.

Show host Jesse Palmer said, "They kind of stand out. We have a lot of other surfers that seem quiet but when they get out on that wave, they absolutely rip."