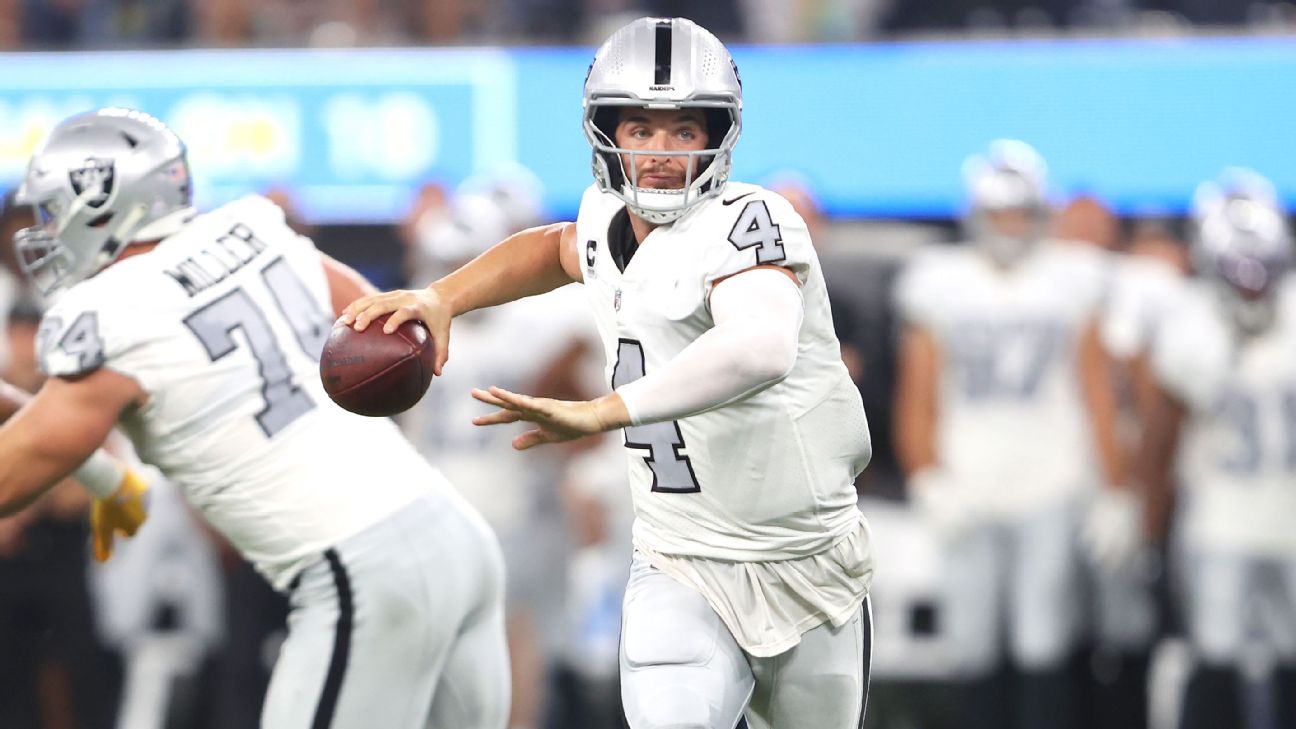 Derek Carr has no intention of working on a contract extension with the Las Vegas Raiders during the season, league sources told ESPN.

Although Carr has played well this season and enters Sunday second in the NFL in passing yards, there are multiple reasons why the contract talks have been tabled.

The Raiders also presently are up against the salary cap; their cash situation improves after this season, and they will have more to spend with the influx of money that their arrival in Las Vegas has brought. The NFL's salary cap also is expected to rise in each of the next two years.

Carr was not looking for an extension this year, and his plan remains to wait until after this season to enter into talks, according to a source. He also intends to remain with the Raiders, as he has stated in the past.


"There's still more, and I want to do it here," Carr said over the summer. "I don't want to do it anywhere else. I've said it over and over again -- I'd probably quit football if I had to play for somebody else. I'm a Raider for my entire life, and I'm going to root for one team for the rest of my life, and it's the Raiders. I just feel that so strong in my heart."