KFSN
FRESNO, Calif. (KFSN) -- A mysterious light in the sky puzzled many across the western U.S.

Many people took to social media after seeing the light fly over California. The light was seen as far north as Sacramento and as far south as Los Angeles County.

The light was also reported to have been seen over Las Vegas. Officials with U.S. Strategic Command say it was likely Russian space debris burning in the atmosphere.

Last month, a similar light was detected in the sky, but the military later confirmed they fired an unarmed missile from a submarine off the southern California coast.

In Santa Barbara County, Vandenberg air base officials said there were no planned launches tonight.

And the military has yet to confirm any missile tests.
Related topics:
californiabizarrelightningcalifornia
Copyright © 2021 KFSN-TV. All Rights Reserved.
CALIFORNIA 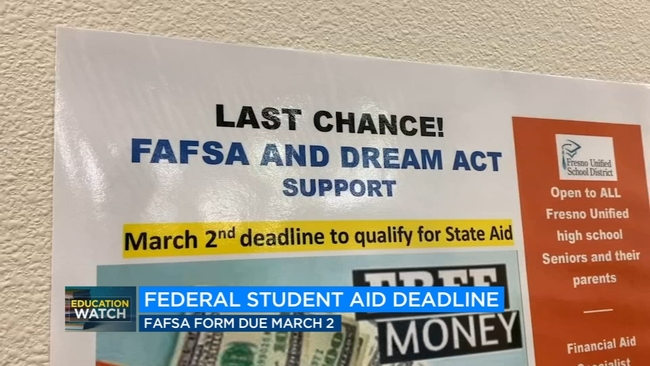 Deadline to fill out FAFSA for CA students is Tuesday