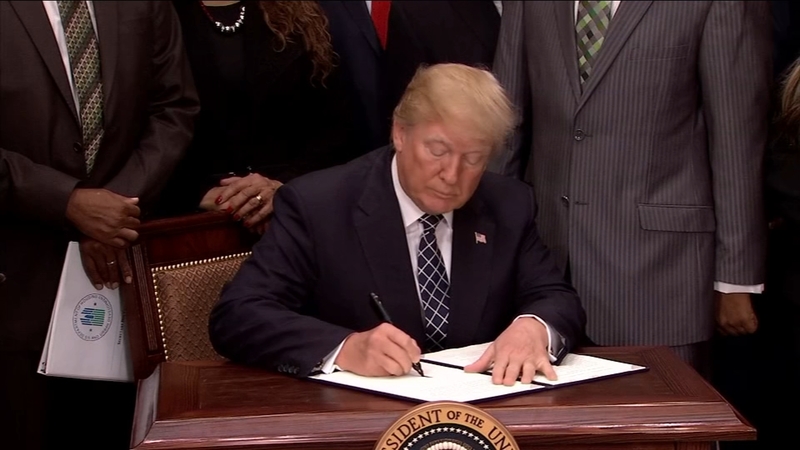 FRESNO, Calif. (KFSN) -- With just a week to go before the midterm elections, President Donald Trump inflamed both sides with a call to end birthright citizenship. It's the latest dramatic move in Trump's hardline immigration campaign, but law experts are questioning if it will hold up in court.

The President surprised few this week when he announced his plan.

"The baby is essentially a citizen of the U.S. for 85 years with all of those benefits. It's ridiculous," he said in an interview with Axios.

But it's the method in which he plans to uphold his campaign process -- through an executive order -- that has legal experts confused. The 14th Amendment of the Constitution says "All persons born or naturalized in the United States...are citizens of the United States." Law school professor Gregory Olson believes it will be tough to defend in court.

"It's hard enough to use an executive order to overturn something that Congress has done. This is another step higher because it's held within the Constitution," said Olson with the San Joaquin College of Law.

But Olson says the amendment has a loophole the Trump administration may target.

"It wasn't the same situation, so there is a little wiggle room and that's why it keeps coming up."

Reformers have been calling for an end to birthright citizenship, blaming it for causing birth tourism and chain migration. Local immigration attorneys say it's just not true.

"The fact that you have a U.S. citizen baby or child does not automatically mean the parents can get a green card or citizenship, that's a myth," said Camille Cook, an immigration attorney,