"There was very large amounts of marijuana. No way it was recreational use. This was going out to be sold and possibly used for processing the hash oil," Merced County deputy Darryl Allen said.

Deputies found the processed weed inside this warehouse on Wednesday.

Nearly 600 pounds of the product was inside a moving truck on the property. When deputies and police went inside the facility, they found at least 10 thousand pounds of marijuana.

Officer John Ramirez says they were initially tipped off by the sheriff's office and got consent to search the property days before deputies seized the weed.

"We were getting calls about a strong odor of marijuana that was current with this building area," Ramirez said.

City officials, however, said what the suspects may have been doing could be legal. The Livingston city manager said they hired a consulting firm to help them with marijuana regulations.

The contracted city planner explained that with the exception of retail, the city is allowing manufacturing, cultivation, and processing. He said the operation might have potentially been legal if they would've had a permit.

"We have not received any applications, so there are no businesses that are currently permitted within the city," Contracted city planner Randy Hatch said.

Deputies are still investigating the bust and looking for the suspects.

Anyone with any information is asked to call the Merced County Sheriff's Office.
Report a correction or typo
Related topics:
livingstonmerced countymarijuanamerced countydrug bust
Copyright © 2020 KFSN-TV. All Rights Reserved.
MARIJUANA 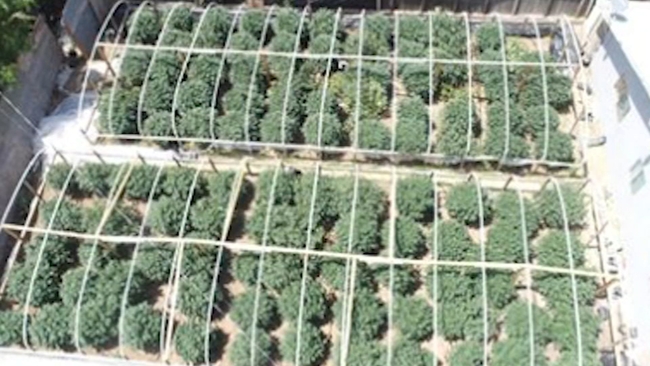