3 people aboard cargo jet that crashed in Texas bay 'did not survive': Officials 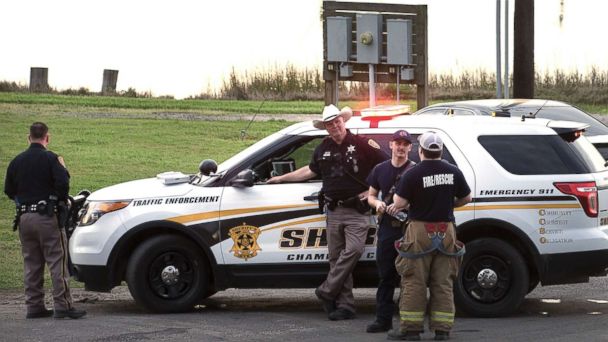 ABCNews
By AMANDA MAILE
The three people aboard a cargo jet contracted by Amazon that crashed in a bay near Houston, Texas, "did not survive," the company announced Sunday.

The Boeing 767 jetliner, which was flying from Miami to Houston, plunged into the Trinity Bay near Anahuac Saturday just before 1 p.m., officials said.

The plane was operating "on behalf of Amazon," according to Atlas Air Worldwide.

One of the bodies was discovered Saturday evening, officials said. The other two people remained missing through the night. They have not yet been positively identified by the medical examiner, said Chambers County Sheriff Ryan Hawthorne in a press conference Sunday afternoon.

The prospects of anyone surviving the crash appeared thin, local officials said Saturday.

"I don't believe that there is any way anyone could have survived," said Chambers County Sheriff Brian Hawthorne at an evening press conference.

The U.S. Coast Guard, the Houston Police Department, Texas Park and Wildlife, and the Harris County Sheriff's Department, among other agencies, assisted with the search.

On Sunday, the company confirmed that all three people aboard died in the crash.

"Our thoughts and prayers are with all those who have been affected," said Bill Flynn, Atlas Air Chief Executive Officer. "This is a sad time for all of us."

Flight 3591, operated Atlas Air Inc., went off radar and lost radio contact about 30 miles from Houston's George Bush International Airport, according to an alert from the Federal Aviation Administration.

At 12:30 p.m., the pilots contacted Houston's approach control at 18,000 feet, Robert Sumwalt, chairman of the NTSB, told reporters in a news conference Sunday afternoon. Air traffic control then advised the pilots about rain and provided radar factors about the weather, Sumwalt said.

At 12:36 p.m., the aircraft was cleared to described to 3,000 feet, and three minutes later, when the aircraft was about 6,000 feet at a speed of 240 knots, air traffic control lost communication and radar with the plane, Sumwalt said.

A distress call was not made, he added.

Video taken from the Chambers County jail, which is about 1.4 miles from the impact area, shows the plane in a steep "nose-down" descent for about five seconds, Sumwalt said.

Recovering the black boxes, the flight data recorder and the cockpit voice recorder are "critical to this investigation," Sumwalt said.

There were no hazardous materials on board, he said.