Although she missed out on a senior season, Selma's Mia Salinas already left her mark on the school's record books.
KFSN
By Stephen Hicks
SELMA, Calif. (KFSN) -- Right before the spring season was canceled, Selma High School was set to unveil its new stadium.

One senior missed out on redemption, but will still get another chance to compete.

The grand opening of the Bear's new state-of-the-art stadium was Friday, March 20, for a track meet called the Selma High Invitational. A little more than a week before the outbreak of COVID-19.

"I'm definitely very sad I didn't get to compete on the track. I was looking forward to it," said Mia Salinas. "Everything changed like a week before our first home meet."

Although she missed out on a senior season, Selma's Mia Salinas already left her mark on the school's record books.

"She has records in the 400, the 800, she was close to 300 hurdles last year - would have gotten it this year so she definitely will go down in history as one of our best," said head track coach, Alex Reyes.

Last year, she was less than a second away from making the state track meet, which motivated her in the offseason.

"Kept reminding her about those emotions she had after that race. She was crying because she was upset about it," Reyes said.

"It was really emotional and it really hurt my heart because I was really looking forward to it, I worked all year," Salinas said.

Thursday would have been the area meet, instead she'll walk across the stage with her family for a new look graduation.

"If you had to choose area meet or graduation, which would you have chosen?" asked ABC30 Sports Director, Stephen Hicks.

While she'll miss out on her chance at redemption, she'll still have the chance to compete. Next year, she'll run for the Cougars at CSU San Marcos.

"And I had no idea I was going to, so I'm really excited," she said.

"I think she can be around a 60 point which would be amazing for a freshman," Reyes said.
Report a correction or typo
Related topics:
sportsselmahigh school sportssports
Copyright © 2020 KFSN-TV. All Rights Reserved.
SPORTS 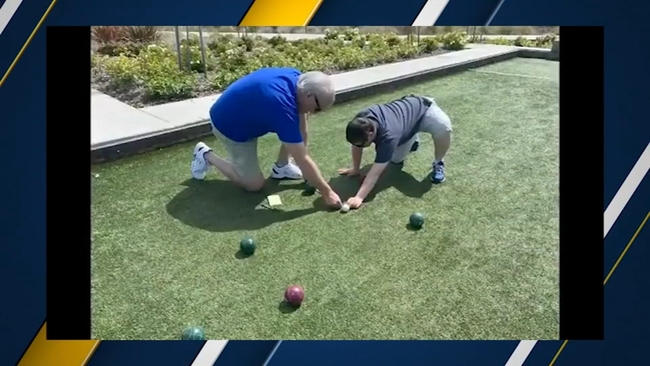