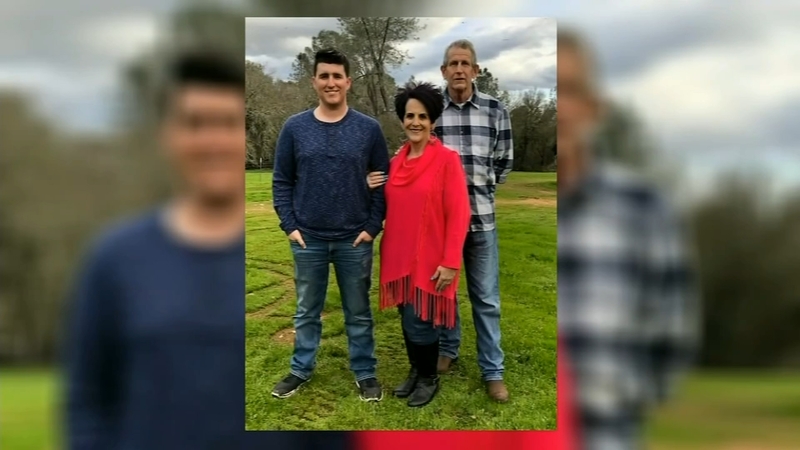 FRESNO, Calif. (KFSN) -- His parents say Dustin Letson had a zest for life, growing up playing competitive hockey and learning how to ride motorcycles from his dad.

Dale and Donna Letson were waiting for their only child to return home from an early morning ride last Saturday when they got the worst news imaginable.

Authorities let the family know that Dustin had lost control of his bike and went off the road.

The fatal crash remains under investigation, but authorities do not believe alcohol or speeding played a role.

His parents say Dustin was an experienced rider.

"I re-learned, and he learned, and we learned together, and we put many miles on those motorcycles," Dale said.

His dad says Dustin was hitting his stride in life and called it a blessing to see his son healthy again and transitioning into adulthood.

"He had moral character, his compass was set on true north," Dale said. "He was outgoing, enthusiastic with everything that he was doing. He was just enjoying life."

His girlfriend of five years, Alondra, described Dustin as an extremely positive person.

He worked for Clovis Unified and was working on getting his teaching credential.

"Anywhere we went and there was a kid, he would always approach the kid and really make a connection with them," she said. "You could just see his love for kids when he was talking about them or talking about work. He would always tell me how his day went."

Investigators are looking into why the motorcycle veered off the road and into a guardrail.

Dustin's mother says she understands an accident can happen to anyone at any time.

"There's always that little thing in the back of your mind, there's always a possibility of something happening," she said. "I just I guess realistically really thought it would never happen, that I never thought it would happen to me."
Report a correction or typo
Related topics:
fresnocalifornia highway patrolmotorcycle accident
Copyright © 2021 KFSN-TV. All Rights Reserved.
More Videos
From CNN Newsource affiliates
TOP STORIES