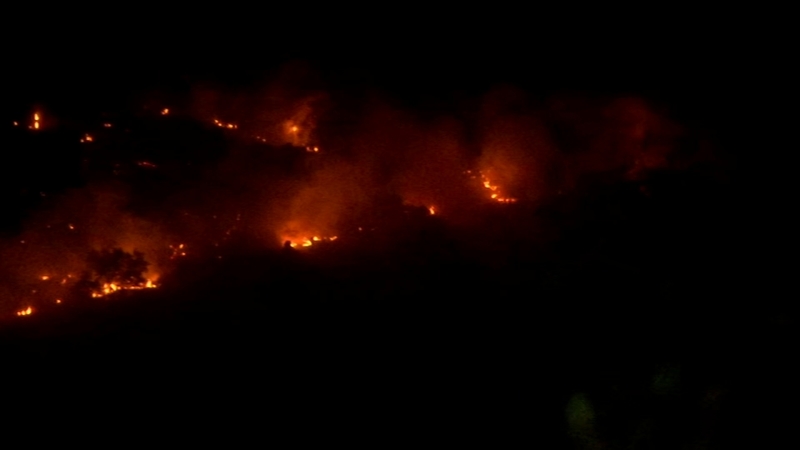 It has since charred more than 108 acres and destroyed one home and one outbuilding.

CAL FIRE has not released the extent of the firefighters' injuries.

On Tuesday, the Power Fire was 80% contained, and all mandatory evacuation orders along Road 222 had been lifted.

"It is pretty hot and pretty dry out here," says CAL FIRE Spokesperson Jaime Williams. "Crews are working in very steep and rugged terrain, but they did a really good job at getting out there and making a really aggressive attack."

Williams added that we're in peak fire season and people living in fire-prone areas should be prepared in case of evacuations.

"We encourage homeowners to make a checklist of important things they need to take in the event of an emergency, and we also like residents to plan ahead as far as evacuation routes go."

The Red Cross stepped in to help evacuees, but no one has needed the assistance. Their response has also changed because of COVID-19.

"Since we didn't have anyone who stayed with us last night, we have transitioned to a virtual response," says Nicole Maul with the Red Cross.

An information site has been set up at the Old Mill site in North Fork, where evacuees can get in touch with the Red Cross.

A fire information line has also been set up for those living in the area.