The president's proposal would cost California $700 million per week, Newsom said, and the remaining balance would be covered by the existing $2.2 billion CARES Act.
KFSN 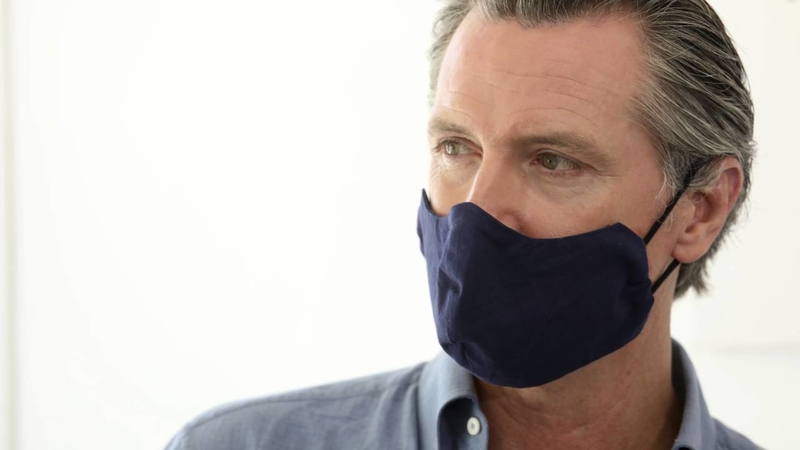 FRESNO, Calif. (KFSN) -- As millions of Californians remain without work amid the coronavirus pandemic, Gov. Gavin Newsom said the state does not have the means to sustain 25% of the funding for President Donald Trump's recent executive order that issues a $400 boost to unemployment benefits.

The president's proposal would cost California $700 million per week, Newsom said, and the remaining balance would be covered by the existing $2.2 billion CARES Act.

The governor added that 75% of the CARES Act funding provided to California had already been distributed, while the remaining money had been previously allocated to other areas. Once the funds from the federal government run out, he said the new unemployment package would cost California $2.8 billion per week.

Newsom said the could not meet that need without making cuts in other areas of the state's budget and could hurt aid made available for businesses. But no formal plan was released on how the state would determine what areas would see cuts.

He added that the new program requires new certifications, and Californians may see some delays in receiving their checks. It wasn't immediately clear when the latest unemployment boost would be available to Californians.

Newsom called for the federal government to upfront the funding for the extended benefits and not leave it to the states.

The California legislature is currently looking at extending the moratorium on evictions through at least the end of the month, as ordered by President Trump.

California's eviction freeze is set to expire this month, and Newsom said that lack of money for rent has disproportionately affected the Latinx and Black communities.

Gov. Newsom was vague in his reasoning for the sudden departure of California's Director of Public Health, Dr. Sonia Angell, saying only that he appreciated her work and accepted her resignation. He declined to comment further.

Newsom said the state is taking responsibility for the data glitch that led to a backlog of between 250,000 and 300,000 unprocessed health records in the state last week. The issue has since been resolved.

When asked if the backlog could change the number of counties on the state's monitoring list, Newsom said he did not expect to see a dramatic change.

California saw 7,751 positive coronavirus cases on Sunday. Statewide hospitalizations were down 19% and ICU admission rates were down 13%. Newsom said this is the most critical time to reduce transmission rates and eventually reopen parts of the economy again.