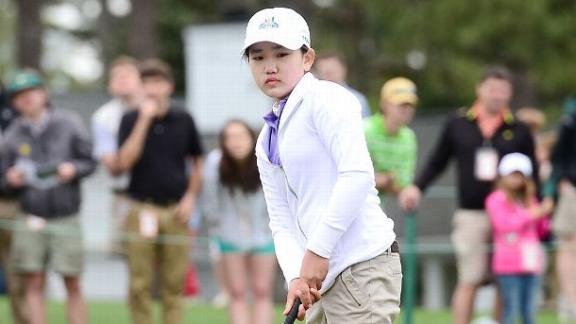 Lucy Li made history Monday as the 11-year-old became the youngest to ever qualify for the U.S. Women's Open.

Li earned her way into the event by shooting rounds of 74 and 68 on the par-72 Old Course at Half Moon Bay in a sectional qualifier in California on Monday.

Lexi Thompson (12 years, 4 months, 18 days) previously held the record for youngest to qualify for the event, doing so in 2007.

The 11-year-old from Redwood Shores, California, already has a victory at Augusta under her belt, having won her age group in the first annual Drive, Chip and Putt Championship held in April ahead of the Masters.

Last year, Li qualified for the match-play portion of the U.S. Women's Amateur Public Links Championship but lost in the first round.

Li, however, will not be the youngest player to participate in the U.S. Women's Open. Beverly Klass was just 10 when she competed in the event in 1967, prior to the qualification process.