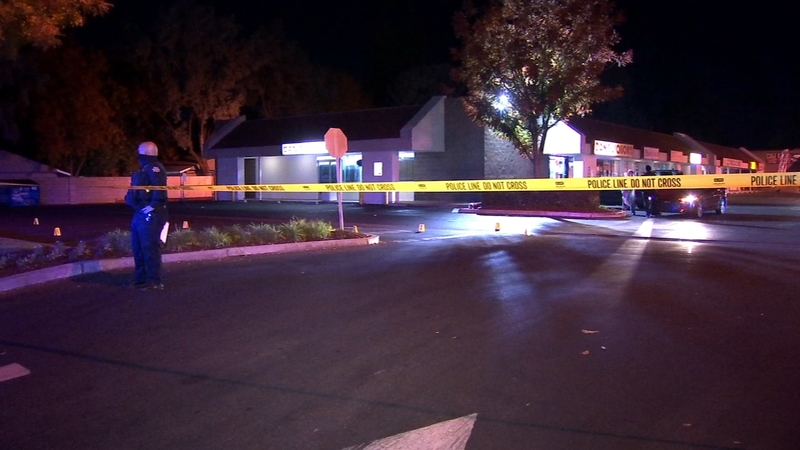 FRESNO, Calif. (KFSN) -- A 28-year-old man has been shot and killed in northwest Fresno.

Authorities have identified the man as 28-year-old Christopher Moore.

Fresno Police say the shooting happened on Marks and Ashlan Avenues just before 10 pm on Thursday.

They say Moore was shot at least twice in the upper body.

Fresno PD is investigating a shooting outside Dan’s Liquor at Marks/Ashlan that left a 28 yo man dead. Officials say 2 men approached the victim, fired several rounds & fled westbound on foot. The victim had 2 upper body injuries. He was declared dead upon arriving at CRMC @ABC30 pic.twitter.com/TYAuJL2Aig

He was taken to Community Medical Regional Center, where he later died.

Police say Moore and some other people were heading to a liquor store when they were approached by two men who began firing at them, then ran away.

The entire parking lot is closed off while the investigation is underway—including access to the Arco gas station. Traffic on Mark/Ashlan has not been impacted.