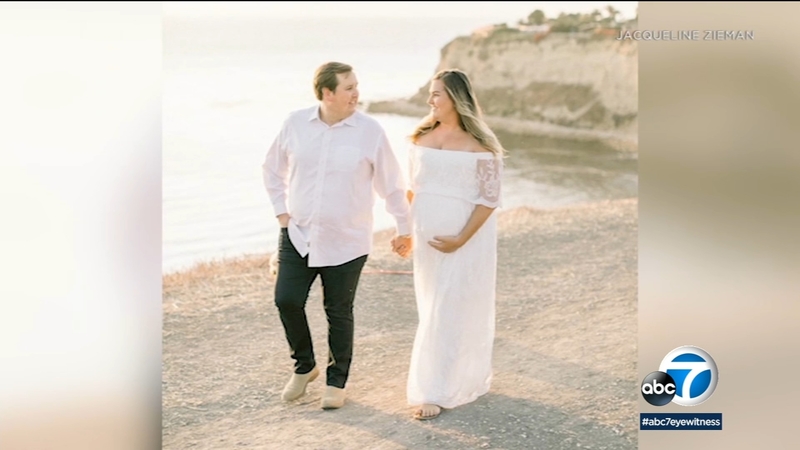 2020 has been a rough year. But, one local couple continues to count their blessings. In a time of healthcare heroes, a large team of specialists at UCLA performed something equal to a lunar landing. It involved a very high-risk pregnancy and a lot of surprises.

In an ICU at UCLA, 30-year-old Jackie Zieman was about to give birth to her "miracle child." But, she knew more than half of women with her condition don't live to see their baby.

"We had about 15 doctors and nurses in the room. All were there in case I went into cardiac arrest or my lungs stopped working," she said.

Zieman and her husband Matt suffered two miscarriages. But in early 2019, her prayers were answered.

"Once we knew that he was going to be a viable birth, we were going to keep him no matter what," she said.

Breanna Lockwood and her pregnancy journey blew up on social media after she announced that her 51-year-old mom, Julie Loving, would be the surrogate carrying her child.

Then 25 weeks into her pregnancy, Zieman nearly passed out climbing a flight of stairs.

"After multiple tests, I was diagnosed with pulmonary hypertension," she said.

"The family decided that they were going to continue and since they made that decision, we were ready," said UCLA OB-GYN Dr. Yalda Afshar.

"It was really a lunar landing," said Shapiro.

The plan was to admit Zieman to the hospital at 35 weeks to give doctors time to prepare. The staff hooked her up to an ECMO machine, just in case.

Running a mile in under six minutes is an achievement no matter what -- this California woman did it while nine months pregnant.

"If something were to happen to her heart, they could put her on it immediately. It's basically life support," said Matt Zieman.

Four days after being admitted to the hospital, Jackie's water broke.

"I pushed twice and they helped pull him out," he said.

"Everything worked perfectly. She delivered a healthy baby and she lived afterwards. And you can't get better than that," Shapiro said.

Blake is now 1 year old. Jackie still has pulmonary hypertension, but she is managing beautifully. She says she found out about her condition because of her pregnancy and credits Blake with saving her life.

When Blake grows up, his parents have quite a story to tell.