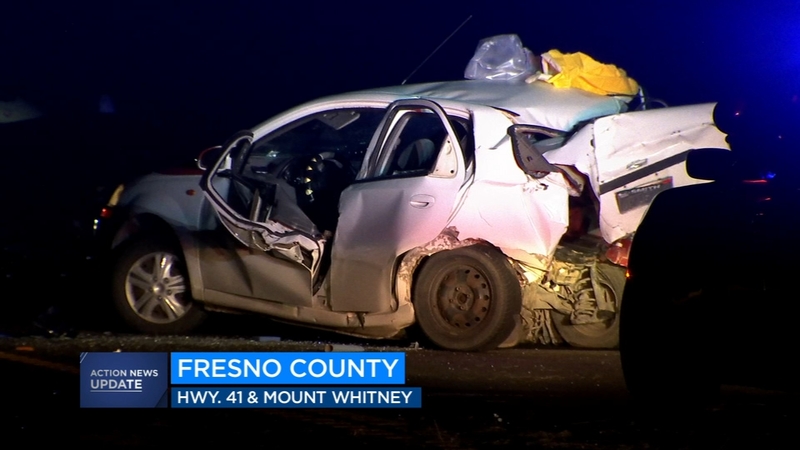 Man and woman killed in multi-vehicle crash on Highway 41

The two people killed in a multi-car crash on Highway 41 on Friday have been identified as 57-year-old Rasalva Chavez-Contreras and 52-year-old Salvador Llamas.

The crash took place at about 5:10 pm in the area of Highway 41 and Mount Whitney Ave.

Authorities say a driver did not notice that the vehicles in front of him had stopped, and crashed into the victims' car.

Their car rear-ended the stopped car in front of them, and the driver and passenger were killed in the crash.

Chavez-Contreras was pronounced dead at the scene and Llamas was taken to CRMC, where he died from his injuries.