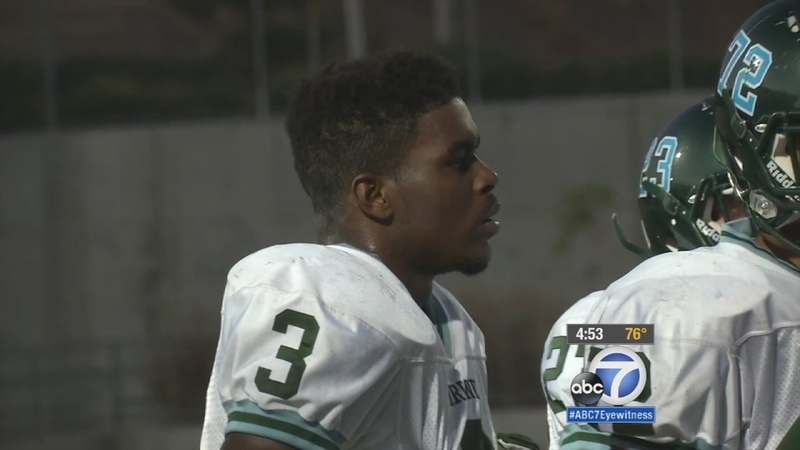 IRVINE, Calif. -- An Irvine high school football player has turned his life around with the help of a family that took him in after his mother died, a story mirroring the Oscar-winning film "The Blind Side."

For senior Curtis Jackson, putting on his helmet is like coming home.

"I love it, like, there's no other feeling than to just let everything you have out on the field," he said.

Curtis' passion for football started at 5 years old in South Central Los Angeles where he lived with his biggest fan: His mother.

Football kept him away from the trouble of a rough neighborhood and after fearing he might get hurt, when Curtis turned 11, his single mom moved them to Irvine.

The football captain excelled on the field, making varsity his sophomore year, but before she could watch him play his first game, his mother died after a long battle with lupus.

"Part of me was gone, and I was lost, I didn't know what to do," said Curtis.

He nearly quit football and school when a friend he met on the gridiron offered him a place to stay.

Knowing this is what his mother would have wanted, Curtis moved in with the Filia family and continued to shine. The high school senior was on the honor roll and was also nominated for the prestigious Heritage Award at his high school.

The Filias are in the process of becoming Curtis' foster parents.

"To see him do the things he does, it makes us proud, as if he was our own, truly," said Mike Filia, his guardian.

The family credits the football program and funding from the Irvine Public School Foundation for helping him succeed.

And though his mom is not in the stands anymore, Curtis knows it doesn't mean she is not watching and beaming with pride.