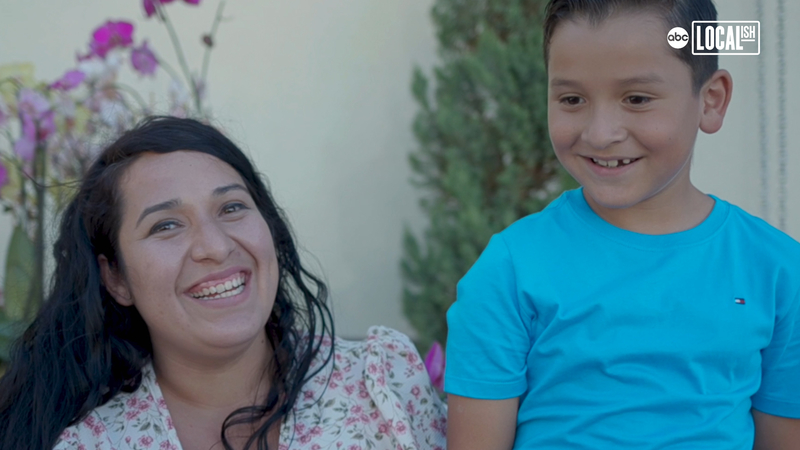 LOS ANGELES -- When Aaron Moreno's mom lost her job during the pandemic, the 8-year-old started to think like an entrepreneur and started his own plant business called "Aaron's Garden."

"The purpose of starting 'Aaron's Garden' was because I lost my job," said Berenice Pacheco, Aaron's mom. "I live in a shed and we were struggling financially."

Aaron started selling plants in June from his East Los Angeles, CA home with the help of his mom.

It pretty much takes over his yard, but it didn't start like this.

"So, with my last $12 that I had in my pocket, I told him that we were going to invest it," said Pacheco. And Aaron decided to invest the $12 into buying his first set of succulents.

"She told me if I wanted to do something like just spending money smart and then said 'I would like to make a business,'" said Aaron. "Well it was going really small, but I didn't mean for it to grow this way."

Pacheco said her son has been curious about plants since he was a little kid.

"His favorite, it's the aloe vera. And he gets a lot of mosquito bites. So we learned that the aloe vera has some type of medicine that heals. So that was awesome to learn," said Pacheco.

In addition to the plant sales, a gofundme has raised more than $25,000.

"Thank you to all the people that bought a plant from me. It means a lot," said Aaron.

His goals include getting an attorney to fix his mom's undocumented status in the United States. Pacheco came here with a visa, but the visa expired.

"I want to try to get a bigger house," said Aaron.