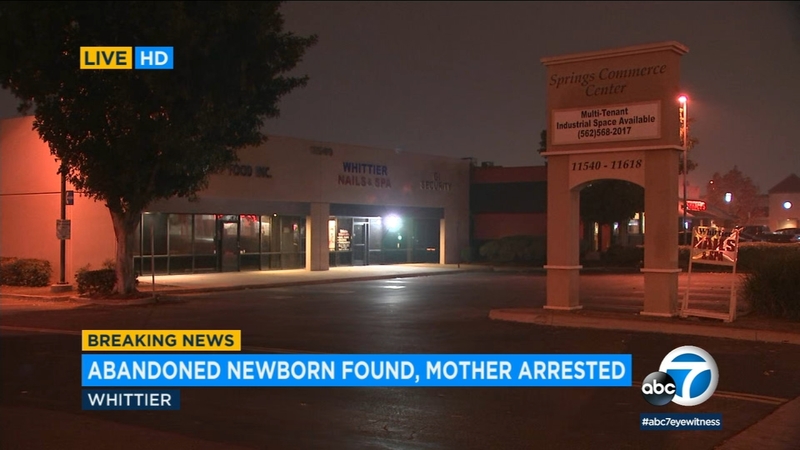 WHITTIER, Calif. -- A woman has been arrested in connection with a newborn found abandoned, officials said.

A good Samaritan reported finding an infant at a business parking lot in Whittier, California, on Saturday around 6 p.m.

The infant was transported to a local hospital and is expected to survive.

Deputies investigated and spoke to a woman in the area who was believed to have more information.

The woman, believed to be the child's mother, was arrested on felony child endangerment charges.