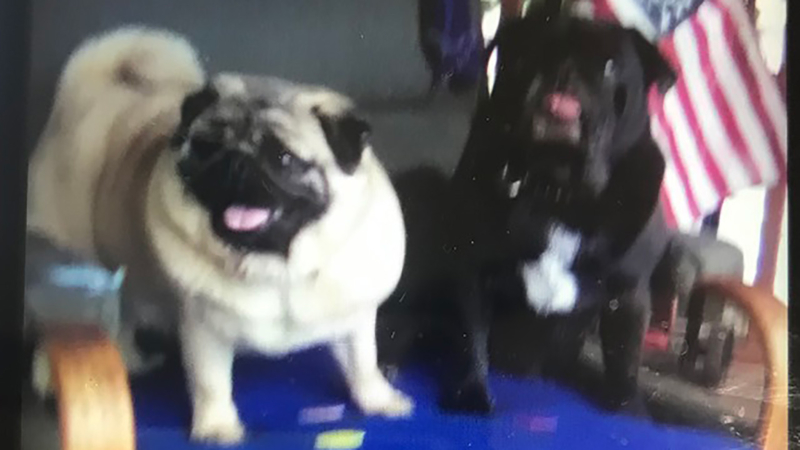 ABERDEEN, New Jersey -- A 71-year-old New Jersey man is heartbroken after his two beloved pugs were stolen from inside his car.

It happened around noon on Monday, October 22, while Joe Savoca's 1989 Mustang was parked outside of a Goodwill store on Route 35, just one mile from his Aberdeen home.

The dogs, ages 7 and 4 and named Basil and Joyce, were always with him.

Savoca says he is a dog lover and hasn't slept well for an entire week, overcome with worry about the pooches he calls his children.

His car does not lock on the driver's side, which is how the suspect was able to get inside the vehicle to take his dogs.

He says he feels awful he did not stay with them, but he never could have imagined someone would be heartless enough to steal his dogs.

Surveillance video from the Goodwill store shows very little, but police are examining it closely in the hopes of finding a license plate or some other clue.