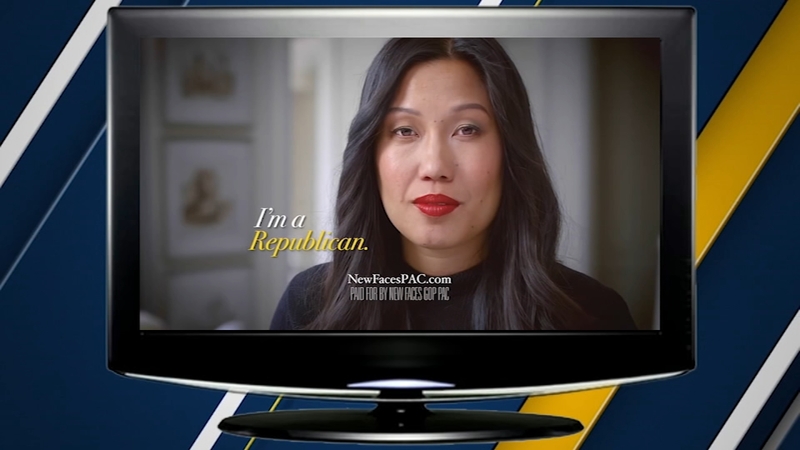 Elizabeth Heng, the woman behind the ad, is facing backlash after comparing the congresswoman to the Khmer Rouge regime.

"It's an appalling example of fear-mongering. Elizabeth Heng has proven herself to be a tool of the most out-of-touch right-wingers in the country." Fresno County Democratic Party Chair Michael Evans said.

The ad is from the group called New Faces GOP PAC, which was created by Heng.

Committee officials said the group is to recruit and diversify the GOP while the goal of the ad is to hold Ocasio-Cortez accountable for her rhetoric.

The video goes on to show the bones of victims of the Cambodian regime while Heng narrates her family's history.

While Heng got the message out to some, many others called it "offensive."

"The reason I think it's getting a lot of backlash is because people are tired of political extremism. It's not unlike someone on the other side referring to Donald Trump as Hitler," Maddy Institute Executive Director Mark Keppler said.

One of those criticizing the ad is Councilmember Esmerelda Soria calling the ad quote "disturbing" in a tweet.

Other council members are glad she spoke up.

"The ad was the truth. Socialism is evil plain and simple, there's many people promoting it. It's a destructive ideology," Fresno City Councilmember Garry Bredefeld said.

Congresswoman Ocasio-Cortez responded to the video.

In a quote, she said, "Republicans are running TV ads setting pictures of me on fire to convince people they aren't racist." In another tweet, she also said: "What you just watched was a love letter to the GOP's white supremacist case."

This is the first video released by the New Faces GOP group.