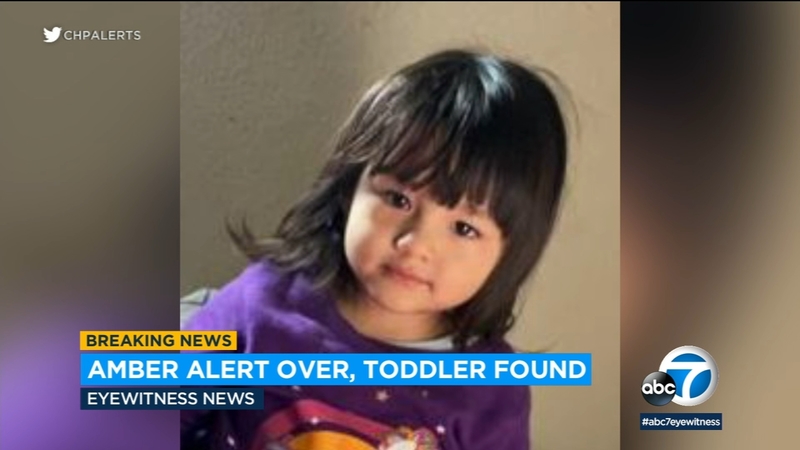 LOS ANGELES -- A man who allegedly kidnapped his daughter Thursday night in Los Angeles has been arrested and the toddler has been found safe, police said Friday afternoon.

An Amber Alert had been issued Friday morning for the 23-month-old girl, Catalina Reyes Canino, who had last been seen with her father Leonardo Rosales in the Rampart Village neighborhood on Thursday night.

Officers with the Los Angeles Police Department responded to a kidnap in progress call in the 100 block of South Reno Street around 10:45 p.m. When they arrived, the girl's mother told officers her ex-boyfriend, Rosales, showed up at her house with two other men and forced his way inside.

Police say he threatened the family with a knife and forcibly removed the child. Police said Rosales should be considered armed and dangerous.

The girl's mother told officers Rosales does not have custody rights and they have been involved in an ongoing dispute. There is a restraining order on file against him, police say.

Later Friday, police confirmed the child was safe and Rosales was in custody. News photographers at the scene in Stevenson Ranch showed officers taking two men into custody at gunpoint and carrying the little girl safely away from the scene.