6-year-old does the 'floss' during parents' wedding; lands on America's Funniest Home Videos 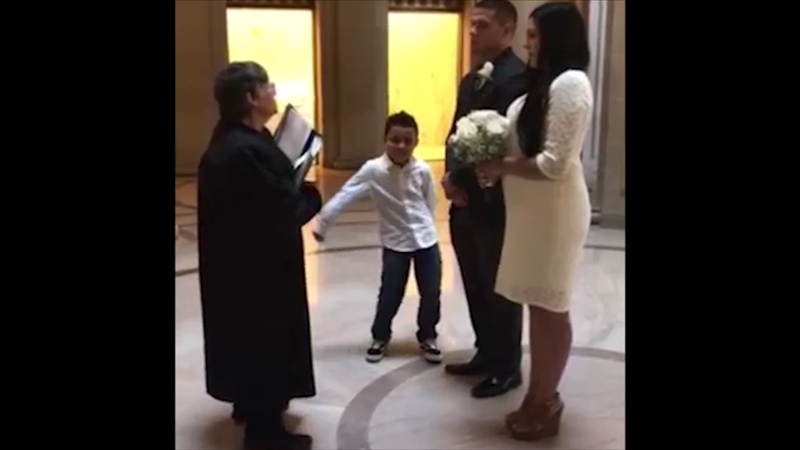 A Fresno County Sheriff's Deputy, his wife and their son were featured on America's Funniest Home Videos on Sunday.

The clip showed the couple, Ashley and Justin, getting married at the Fresno County Courthouse last August.

During the ceremony their then 6-year-old son Jordan was doing the popular "flossing" dance -- a move where a person swings their arms repeatedly from the back of their body to the front while clinching their fists.

In the original video, Justin asked his son to stop. Jordan listened but only after hitting the "dab" -- which is another popular dance move.