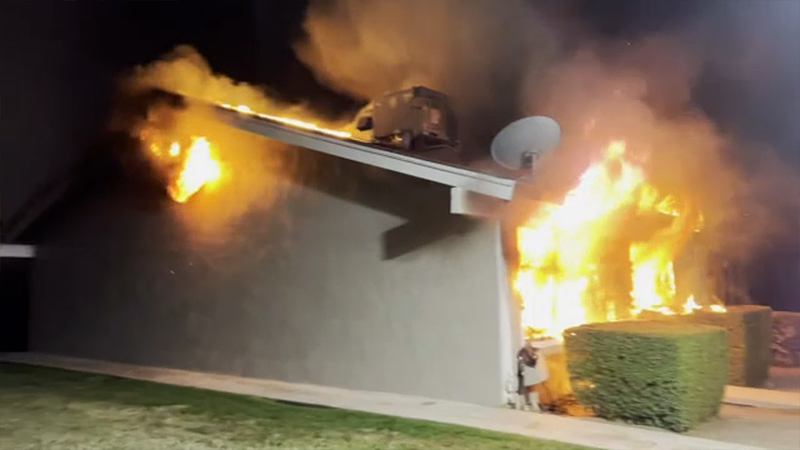 FRESNO, Calif. (KFSN) -- Several people were forced from their homes by a fire at an east central Fresno apartment complex on Tuesday night.

The Fresno Fire Department says it happened at a complex near North Maple Avenue and East Fountain Way around 7 pm.

A total of 24 apartment units had to be evacuated. Smoke was coming out of each apartment.

One of the apartments was destroyed, and three others were damaged.

Firefighters were able to safely evacuate everyone and contain the flames to the original unit impacted.

"This might have been a horrific, catastrophic fire if somebody hadn't called it in quickly. We did have multiple calls coming in. Letting us know that it was on fire," said Fresno Fire Battalion Chief Tony Escobedo.