Official: Fires that broke out blocks from each other may be arson 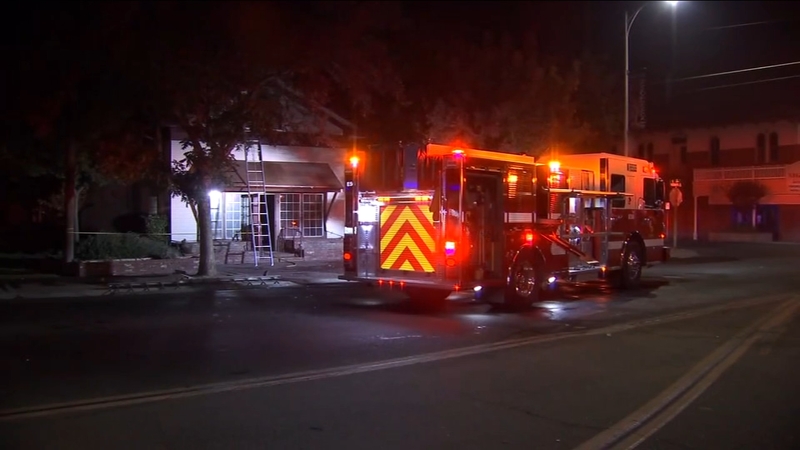 Officials: Madera fires that broke out blocks from each other may be arson

MADERA, Calif. (KFSN) -- Two suspicious fires that broke out overnight just two blocks away from each other are being investigated as possible arson, fire crews said on Wednesday morning.

Both blazes sparked just after midnight.

The first fire began at an old railroad building on Yosemite and Gateway.

Fire crews said it started on the outside of the building, with embers making their way to the attic.

They added that there was damage inside the attic upstairs, but no one was around or inside the building.

The building is a historic building.

NEW THIS MORNING: A fire broke out at this historic building in Madera early this morning. Just a few minutes after, another broke out just two blocks away at a commercial building. Both started outside. Fire fighters don’t know the cause but are saying they seem suspicious. pic.twitter.com/ndB1SG3x4g

Once that fire was contained, crews were sent two blocks away to D Street and 4th Street where a commercial building was on fire.

The building was boarded up and flames were seen coming from the back wall.

PG&E was on scene at both locations to stop power from going to the buildings.