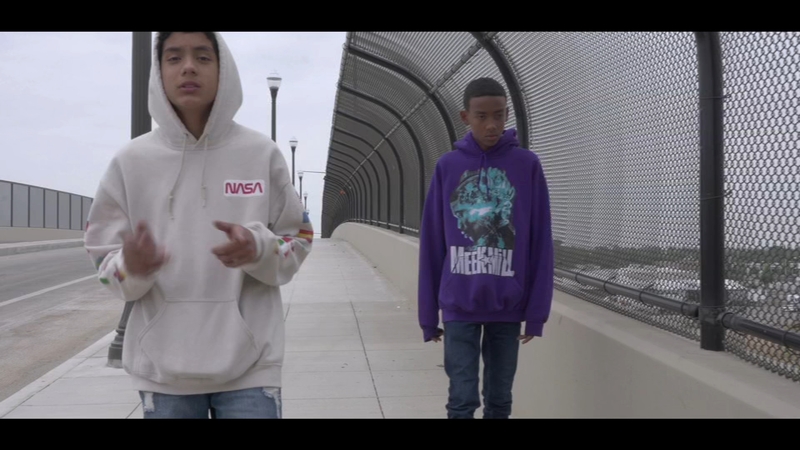 It's not your typical class.

One set of middle schoolers aren't learning their ABCs.

Instead, Mr. BKR has his students writing rhymes and producing beats.

Mr. BKR is an accomplished local recording artist who is now lending his knowledge from the rap game to the kids at Kepler Neighborhood School in Downtown Fresno.

"I was talking to another person from the community that's been in the hip hop/DJ world a long time and he said 20-30 years ago this would've been laughed at," he says.

But no one here is laughing.

In fact, as part of the curriculum, students who take the Art of Rap class are required to write their own songs and produce a music video at the end of the school year

"I would say it's a lot like writing an essay but it's to a beat and this is more fun," says seventh-grader Joshua Velasquez.

Joshua collaborated with his classmate Brandon for a song about a real-life incident.

The track 'Your life Matters' was written after the two witnessed a recent suicide attempt near campus and helped bring the victim to safety.

Kepler students were recognized by the city for their bravery.

And that's around the same time Joshua and his friend came up with an idea for a song.

"The song wasn't just based on the bridge, it was also based on other people out there that are feeling a kind of way," Joshua says.

Joshua's mom says the incident had a major impact on her son but by putting pen to paper - and talking about it - the song has acted as a form of therapy for the 13-year-old.

"I couldn't believe he took the initiative to express to himself and the teachers and the world of what the pain of suicide is," says Maggie Bryan, Joshua's mother.

Joshua's song is part of the school's just-released album.

You can find it on all digital platforms - including Spotify, Apple Music, and YouTube.