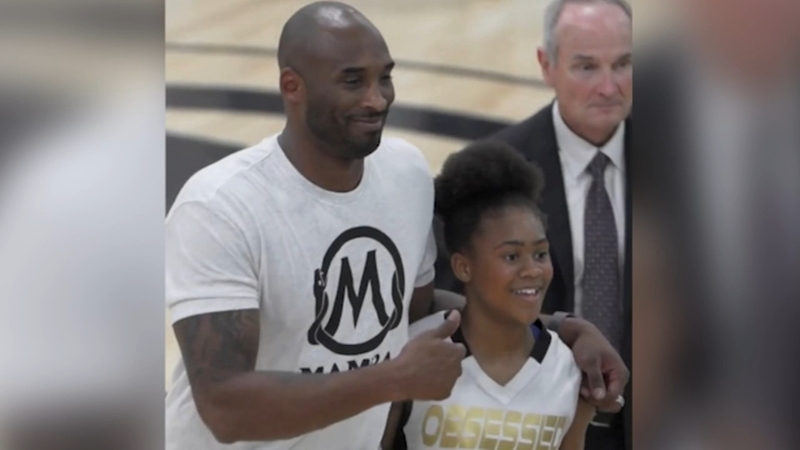 CLOVIS, Calif. (KFSN) -- In a child's life, there is always one moment that shapes them forever.

For Clovis West's Athena Tomlinson --- it was in 2014 when the then eight-year-old went one on one with Michael Jordan at one of his basketball camps in Santa Barbara.

"For me, it's just a fun video to look back on because when I was that young, I had no idea where basketball would take me," she said. "All the hours I would put in and how it would really become part of my life."

Like Mike, Tomlinson continued to perfect her craft. She even went to a few camps to unlock the mamba mentality alongside Kobe and Gianna Bryant.

The five-time champ even gave Athena a nickname.

"His nickname for me was 'shifty lefty,' so I'm glad that I was able to build a relationship with him," she said. "I know a lot of kids would give a lot to have that."

In those seven years, Tomlinson learned and played against some big names and is now creating one for herself.

"She's one of the fastest kids and most dynamic athletes we've ever had as a freshman," says coach Craig Campbell. "Just a blur athletically, highly skilled. She's just a kid that could impact both sides of the floor."

Tomlinson is the starting point guard for the Golden Eagles.

Tomlinson was one of the best players in the Valley and currently holds the 25th spot nationally in the espnW class of 2024 rankings.