Girl who said she stabbed alleged abductor made up the story as 'joke,' police say 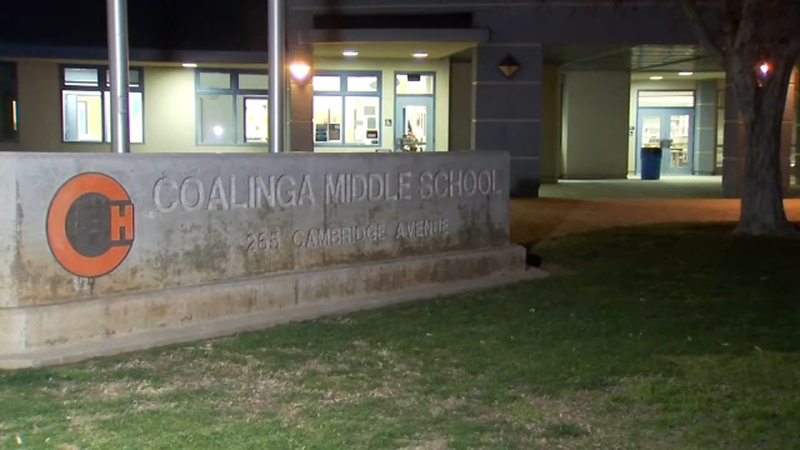 COALINGA, Calif. (KFSN) -- Police say a girl who said she was almost abducted by a man outside of Coalinga Middle School on Tuesday had made up the story as a "joke."

Authorities say the girl had claimed she was walking across the street from the school when a man told her he had been sent to pick her up.

She said she had asked the man a question he was unable to answer and then stabbed him in the leg with a pencil before getting away.

When officers went to re-interview the girl for more information, she said she had made up the incident as a joke, police said.

Police say she is not currently facing legal trouble, however, she may face disciplinary action at school.