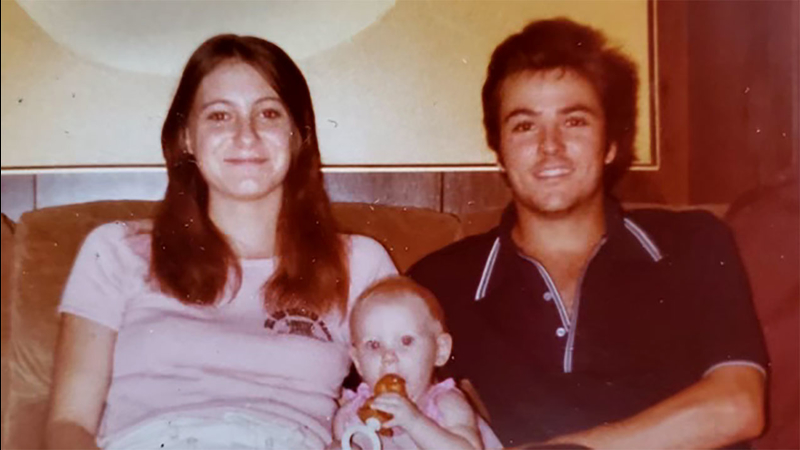 HOUSTON, Texas -- Decades after a Texas cold case, DNA technology has led to the discovery of a woman who as been found alive and well.

The woman, named Holly, is now 42 years old, but she was just a baby when her parents were found dead in a wooded area of Houston in 1981.

"Baby Holly," as she became known, was not found with the couple's remains. She vanished after the murders.

According to Texas Attorney General Ken Paxton, whose newly-formed Cold Case and Missing Persons Unit found Holly, said she has been notified about her biological parents' identities, but has also been in contact with her extended biological family and hopes to meet them in person soon.

After Holly's parents were killed, both the Clouses and the Linns searched for answers about what happened to Holly and the circumstances surrounding her parents' deaths.

"Finding Holly is a birthday present from heaven since we found her on Junior's birthday. I prayed for more than 40 years for answers and the Lord has revealed some of it... we have found Holly," said Donna Casasanta, Holly's grandmother.

"After finally being able to reunite with Holly, I dreamed about her and my sister Tina last night. In my dream, Tina was laying on the floor rolling around and laughing and playing with Holly like I saw them do many times before when they lived with me prior to moving to Texas. I believe Tina's finally resting in peace knowing Holly is reuniting with her family. I personally am so relieved to know Holly is alive and well and was well cared for, but also torn up by it all. That baby was her life," said Sherry Linn Green, Holly's aunt.

The investigation into the cold case is ongoing as there are still questions about the homicides.

If anyone has information about the Clouses' deaths, please contact the Texas Attorney General's Cold Case and Missing Persons Unit via email.